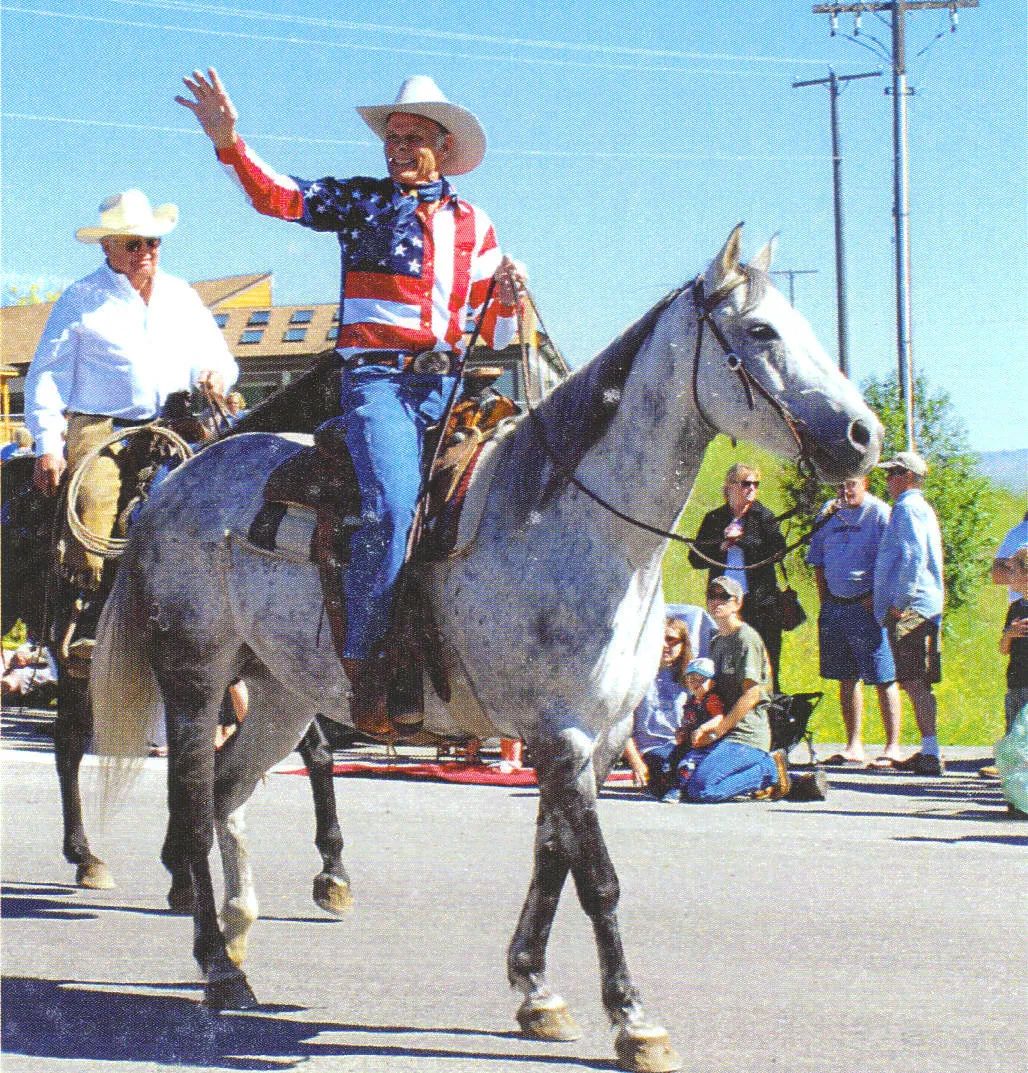 Since Johnny France was a young boy, he has been part of our Montana ranching heritage. From his formative years in the 1940s and 50s, he has lived a life that symbolizes the values that are so important to our traditional way of life in this great state.

From the time he was a young boy, Johnny pursued a Western way of life on ranches and in the rodeo arena to excel in ranching activities. When time and injuries slowed him down, he moved on to pursue a career in law enforcement as a well-known sheriff who championed right over wrong while showcasing a respect for the law. Ever since he was a young cowboy, he has served as an example of what is means to be honorable to yourself and others.

Winning Montana Rodeo Association titles and being honored in 2010 as the grand marshal of the Ennis Rodeo and parade are just a few of the accomplishments that have been recognized as are part of his exciting and rewarding life.

He is a living legacy that testifies to the solid character and hard work of our ranching world. The public television documentaries and printed stories about Johnny only support this outstanding legacy that serves as a bench mark for future generations.

Johnny recalled, “After my mother died and I was orphaned at five, I came to Montana from Fort Land, Oregon to live with my uncle Joe France in 1945. It was here that I was exposed to true Montana ranch life. I went to school in the one-room school at Cherry Creek, fording the Madison River each day to get to classes.

Each winter, I lived with Betsy and Forrest Shirley on their ranch near Norris. By then, they had become my foster parents. While there, I attended and graduated from Harrison High School. When I was 17 and a junior in high school, I was offered a new job wrangling dudes for the Elkhorn Guest Ranch on the Gallatin River. While there I met a fellow employee - a girl named Sue who has been the love of my life. In 1959, she married me and we have been married for 51 years. We had three children, Kathy, JT and Todd.

I turned to breaking horses and punching cows for Madison County ranchers. Those outfits included the CA and the Flying D as well as other well-known ranches. My weekends were devoted to riding bucking horses. Rodeos were my focus on weekends . While living in Dillon with my wife and daughter, Kathy where I broke and trained race horses for Chuck Nichols.

I was elected Ennis County sheriff in 1980. In 1985, I captured the mountain men who kidnapped Kari Swenson, a Bozeman resident training for the World Biathlon Championship, and wrote a book about the experience titled "Incident at Big Sky." This has become required reading in a number of schools all over the country. I retired from law enforcement work in 1986. In my travels, I have encountered the popularity of cowboy poetry and have become involved in some public performances.

I was injured in a horse accident in 2002, therefore I now enjoy a more subtle life with fishing and golfing but horses are still a big part of my life whatever I do.

An important honor for me was to be named as the Grand Marshal of the 2010 Fourth of July Ennis Rodeo.