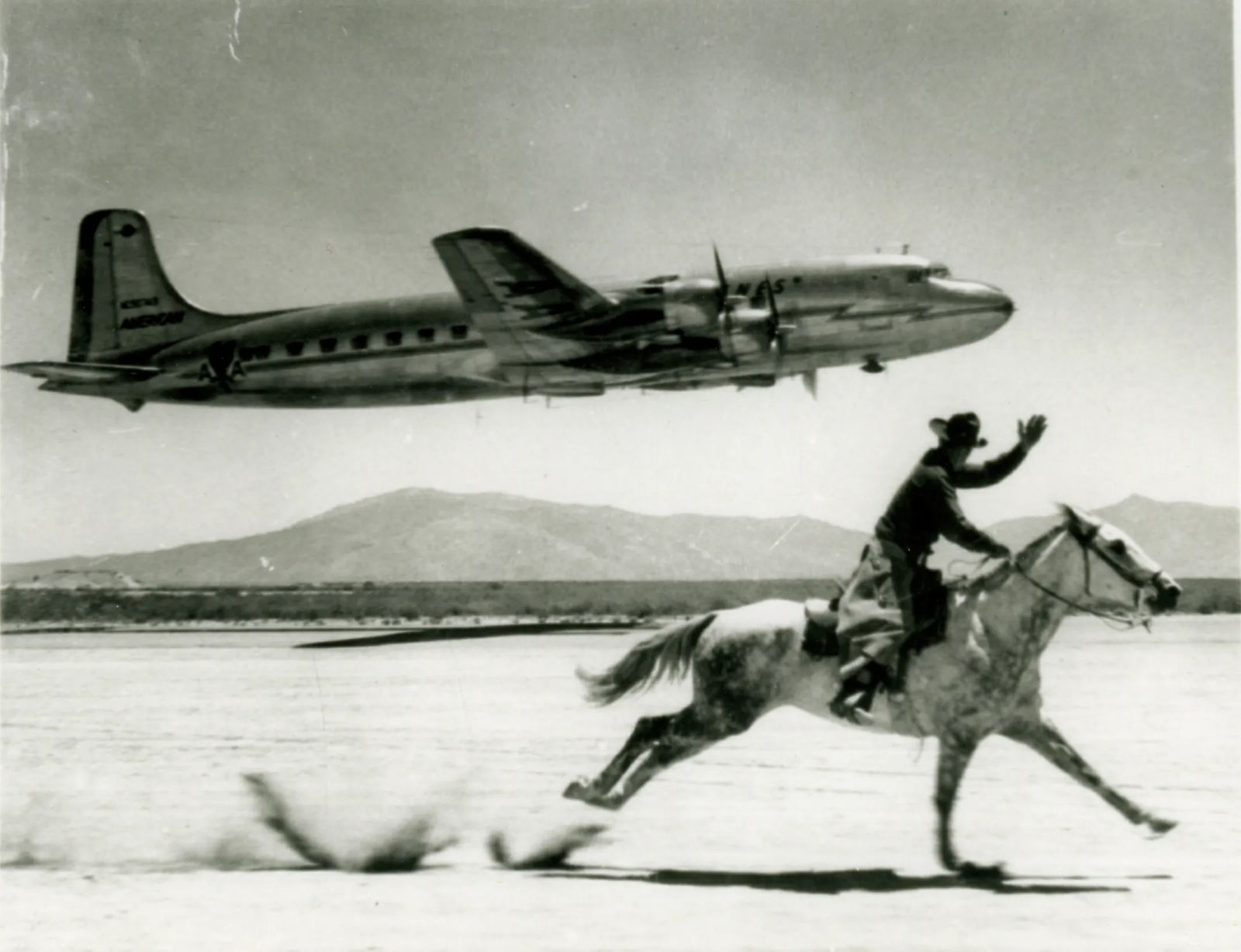 Irvin Grover Wortman was born July 31, 1917, in Gallatin Gateway, Montana. He went to school in Bozeman, Montana, and started competing in rodeos when he was fourteen years old.

In the mid-thirties, he went South, and got a job on the King Ranch in Texas, where he cowboyed and rodeoed. He met his lifelong love down there, Rena Hymer, and they married December 15, 1938, in Tucson, Arizona.

Rena traveled to rodeos with Irv until 1945, at which time he joined the U.S. Army Air Corps as a military policeman. When discharged he went back to the rodeo circuit, his wife by his side.

Some of his rodeo achievements include:

Irvin Wortman had the ability and skill to become a World Champion, but never achieved that status because he chose not to rodeo without his family, and it simply became too difficult to go on the road at that time.

In 1953, Irvin, Rena “Dinks”, and their two children, Rick and Lanell moved to Stevensville, Montana. Irv went to work for the U.S. Forest Service. They bought forty acres on Burnt Fork Creek and went to ranching.

Both Irv and Dinks had a love for, and a rapport with, animals of all kinds. They raised good Quarter Horses, which Irv trained and sold to the rodeo crowd, along with a herd of cattle. They purchased an additional forty acres and continued to expand their livestock business. In later years, they added llamas, and miniature donkeys to their menagerie. Irvin even had a llama trained to drive to a cart. His abilities as a “horse whisperer” were well recognized, long before the term became known—in fact, you could expand that to include all classes of animals, as he had a relationship with all of them that ventured into the realm of the mysterious.

Daughter Lanell Turner has a special memory of her parents in their later years. They had a calf to doctor, and it was out in the pasture, so Irv decided to rope it—but not on horseback. He got Dinks behind the wheel (she was so short, she looked UNDER the wheel) of their old pickup, and he mounted himself on the tire, which was attached to the front of the truck. Away they went, gunning and bouncing across the field—up and down, around and around until the old calf roper caught the calf.

Irvin was a true horseman. In his later years, after he had both of his hips replaced—one twice, because he got horseback too soon—he built a specialized chute and mounting platform, where he would put his colts for gentling, sacking out, saddling, and mounting. They were cross-tied, and he would wallow all over them, and they would be pretty well bomb proofed before he rode them off.

Irvin literally died horseback, when 77 years old. He rode off on a young horse, and the colt came home without him. It was obvious from the torn-up ground where he was found that some kind of altercation had taken place there, but since what happened was between Irv and the horse, and the horse wasn’t talking, only God knows the details. He was a true cowboy, and died with his boots on, doing what he loved most—riding horses.

Irvin G. Wortman passed away on October 1, 1994, and is buried at Riverview Cemetery, Stevensville, Montana.