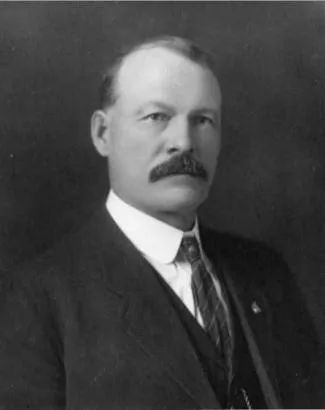 Steve Marmon was born in Green County, Iowa, August 31, 1862. He left home in 1876 and took the steamboat, far west to Fort Lincoln, Nebraska. Upon arrival Steve found that they were hiring men to replace the haying crew that had just been attacked and killed. After locating his brother Morg Marmon, Steve worked around Fort Lincoln for a short time, before going back down river to Fort Pierre, South Dakota. There he hired out an “Bull Whacker” to a V.B. Shawn who ran a freighting out fit between Fort Pierre and Deadwood, South Dakota.

On this job he drove eight yoke of oxen (sixteen head) pulling three wagons hauling mining equipment and supplies to the Homestake Mine and other mining camps in the Black Hills of South Dakota. It took about a month to make a round trip.

Steve, said that he was twenty miles out of Deadwood when he heard of Wild Bill Hickok being killed. Having met Wild Bill’s girl friend Calamity Jane at a dance in Custer, Montana. It was a meeting with which he was not impressed.

In the spring of 1882, Steve hired out as “Bull Whacker” for the Frank Whitney Freighting Outfit. They drove their bull teams out to the Montana Territory, where they engaged in freighting from the end of the Northern Pacific Railroad, which was then Junction City, across the Yellowstone River from where Custer, Montana is located, to mining camps in the Bozeman area of Gallatin County. Also, to points in Wyoming. He sometimes drove 12 yoke of oxen pulling six wagons. The railroad was completed in 1883 and “Bull Whacking” became a thing of the past.

Steve then obtained employment as a cowboy, first working for the 04 Outfit on the Tongue River for about a year. Later, he rode for several big outfits that ran cattle in eastern and central Montana. At one time, he helped trail a herd from the Sun River to the Redwater River.

In the spring of 1887, Steve came to Williams County and Fort Buford where he worked for the Heddrich Brothers running a ferry boat. About 1891, Steve located a ranch near the Grinnell Post office east of Williston, North Dakota – a distance of forty miles.

One summer, Steve and Morg Marmon took the contract to plow fireguard along the Great Northern Railroad right-of-way from the Rocky Mountains to Williston, and another summer from the Rockies to Minot, North Dakota. To accomplish, this they shipped their horses and equipment to the mountains and plowed their way east, one gang plow on each side of the track, two furrows being sufficient. They had a man along to set up camp and help with the horses. They received fifty cents a mile per furrow for this.

Steve was elected second Sheriff of Williams County in 1892. While riding around the county as sheriff, he picked a good ranch location on the Blacktail Creek, about 18 miles north of Williston. In 1900, the sold his ranch near Grinnell and moved to the new location. Steve raised horses on the Blacktail Ranch. He ran between three and four hundred head, selling horses to homesteaders. He had a saddle horse, “Brownie” that he would ride to Minot in a days’ time from the ranch.

Steve said that it would take a hundred years to fill up the open range with farmers. He was wrong. In ten years, there was no further open range to run his horses, so he began looking for a different location to establish a new ranch.

In 1915, he decided to move to Wolf Point, Montana, and located a ranch site twenty miles northwest of Wolf Point where the East Fork, West Fork, Middle Fork, and Dry Fork converge to become Wolf Creek. The horses ranged as far north as the Cottonwood Creek.

In later years, Steve began raising cattle and cutting down on the size of his horse herd, as the demand had decreased. Technology was moved away from farming with horses, to tractors and other mechanized equipment.

Steve judged for the Wolf Point Wild Horse Stampede rodeo along with Jim McDonald, and Sig Custer. He never missed attending a Stampede.

Steve was active on the ranch well into his latter years working with Steve Jr. on the ranch, as well as roping for neighbor’s brandings. Steve died in 1952 and is buried south of Sidney, Montana.