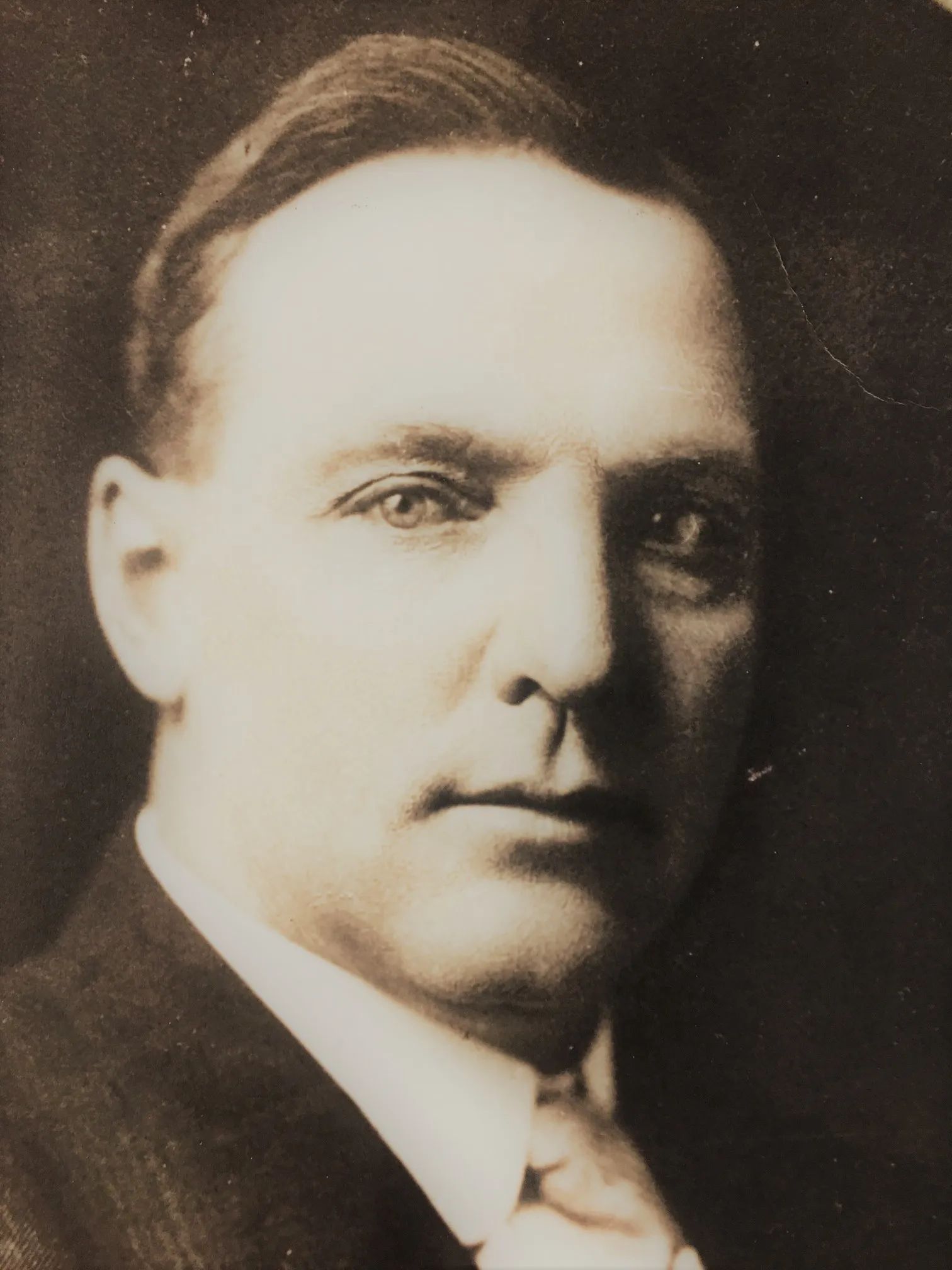 Excerpted from Progressive Men of Montana, published circa 1902-03,

Among the alert and progressive young businessmen who are enjoying marked prosperity by reason of identification with the farming and stock growing industry of Montana, a place must be accorded to Mr. Herrin, who has achieved success through his own well directed efforts. Mr. Herrin is a native of Maine, having been born at Canaan, Somerset County, on the 31st of May, 1863, the son of Daniel S. and Mary F. Herrin, who were born in the same state, where the father was engaged in farming, when he came to Montana, locating at Clancy, Jefferson County, where he conducted a hotel and also engaged in the raising of cattle, so continuing until 1880, when he moved to the Blackfoot country, where he was identified with the same line of enterprise upon an extensive scale. In 1883, he and his two sons, Milford D. and Harland J., formed a partnership in the business, and this alliance obtained until the spring of 1887, when, by mutual consent, they made an equal division of the land, cattle and horses, and the third thus coming to Harland J., the subject of this sketch, was 320 acres of land, fifty-three head of cattle and twelve horses. His father and brother then formed a partnership association, which has ever since been continued. Harland J. is the youngest of the four children born to his parents, the others being Henry H., Anna M. and Milford D. All are residents of Montana and members of the Methodist Church.

Harland J. Herrin received somewhat limited educational advantages, attending the public schools in a rather desultory way and in his boyhood beginning to assist his father in the work of the ranch, so continuing until he had attained the age of twenty-three years, when his father gave him an interest in both land and cattle, whereupon the partnership previously noted was formed. In 1892, Mr. Herrin sold his tract of 320 acres for a consideration of $3,875, and then purchased a ranch of equal area, from Fred Lindevidel, paying $3,500 for the same and there engaging successfully in farming and cattle raising until 1898, when he sold the ranch to Charles Winstrom for $6,500.

On the 1st of October 1887, Harland was united in marriage to Miss Mary T. A. Sanford and they became the parents of one son, Harland Thomas M. Herrin who was born April 13, 1892. Mrs. Mary T. A. (Sanford) Herrin was born in England, as were her parents, Thomas and Anna Sanford, who came to America in 1869, locating at Mosherville, Hillsdale County, Michigan, where the father engaged in farming until 1871, when he came with his family to Montana, locating at the foot of Piegan Gulch, where he has since been extensively engaged in the raising of cattle, being a stanch Republican in his political proclivities.

From 1896 to 1898 inclusive, Harland conducted a butchering business, running meat wagons to all the mining camps in the vicinity and doing a profitable business in the line. August 12, 1899, Mr. Herrin moved to his present ranch comprising at the time 1,364 acres of fine land, which he purchased, the same being located four miles southeast of the village of Wolf Creek, and on the Missouri River. He added 1,120 acres to the area of his estate, this latter tract being utilized for the grazing of stock. The exceptional agricultural value of his ranch was indicated in the fact that 800 acres were available for cultivation, returning large crops, while he raised cattle of excellent grade and in large numbers, being recognized as one of the representative ranchmen of Lewis and Clarke County. His political adherence was with the Republican Party, and fraternally he was identified with the Independent Order of Odd Fellows.