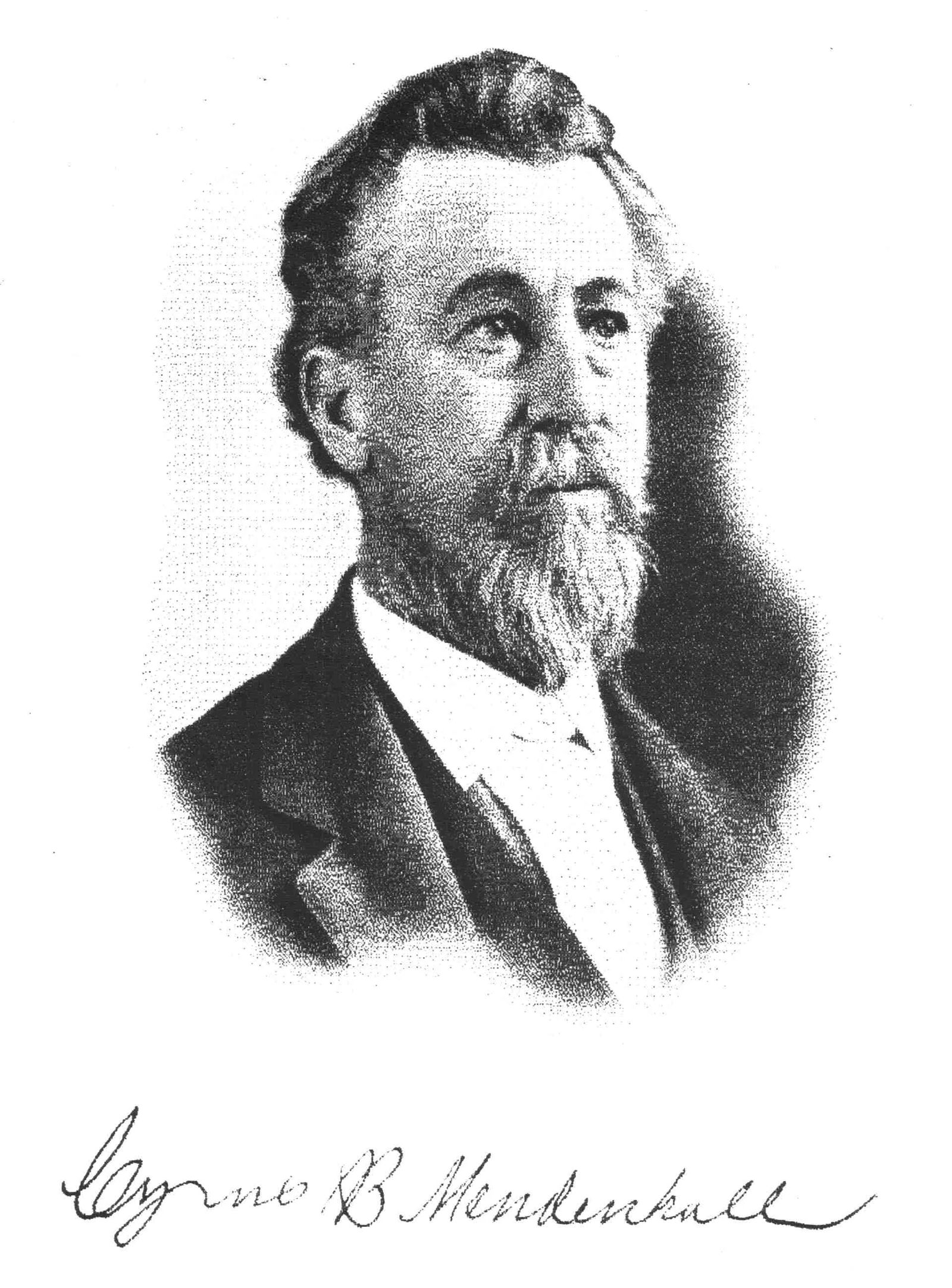 Cyrus Mendenhall made a fortune in the cattle business of Montana, then lost most of it in the infamous winter of 1886-87. Born in Ohio in 1830, Mendenhall grew up in Indiana and Illinois, and moved to Iowa in 1851 where he farmed. His first trip to Montana came in 1866 when he drove a wagon pulled by oxen to Virginia City at the peak of the Montana gold rush. Milton Lutz, captain of the wagon train, led fifty-two wagons up the Bozeman Trail across Wyoming and Montana. Despite some unrest with Indians, they arrived in Virginia City on August 4, 1866. Mendenhall stayed only a month, and then returned to Iowa where he continued to farm.

In 1872, Cyrus once again traveled to Montana, this time through Corinne, Utah. He stayed in Helena about three months, returned to Iowa, moved his family to Utah, and then to Weld County in northcentral Colorado. There he raised livestock for a couple of years and became a cattle dealer. In 1878, he gathered his family and belongings and once again headed for Montana. His wife died at Fort Laramie, leaving Mendenhall with seven children to raise. It appears that he returned to Colorado and remarried in 1881. The next year, in May, Cyrus set out for Montana by wagon train. He and his family arrived in Springdale on August 2, 1882.

According to Cyrus’s daughter, Inez Jarrett, who was six years old in 1882, “We settled on a ranch just east of Springdale, where the cowboys all pitched in and built a five-bedroom log house in record time.” In addition to the ranch near Springdale, Mendenhall also established a ranch near Fallon, more than 200 miles east, but also located in the Yellowstone Valley. In those open range days, he ran cattle from Wilsall all the way to Fallon. According to Mrs. Jarrett, “Branding started in the spring near Wilsall and progressed east.... In the fall, the roundup would start at the other end and come this way.” At one time Mendenhall owned some 20,000 head of cattle.

In 1885, Mendenhall purchased Hunter’s Hot Springs, a small resort near Springdale. He continued to operate the ranch and run cattle until losing 16,000 head in the winter of 1886-87. In 1887 he sold the remainder of his stock and concentrated on operating the resort, “which he improved there establishing a sanitarium and pleasure resort that attained great popularity under his management.”

In 1894, Cyrus sold Hunter's Hot Springs and purchased his Springdale ranch a second time where he ran sheep. Mrs. Jarrett said, “Pa took a ditch out of the Yellowstone (to irrigate) and later planted alfalfa. Many other people followed suit.”