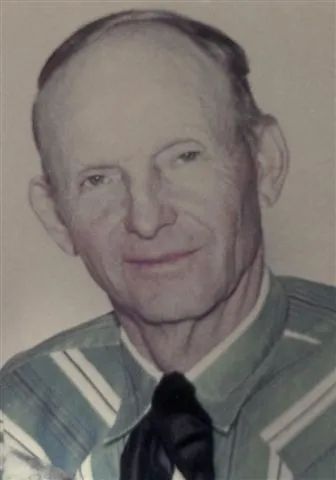 Horace S. Raty was born in Plain City, Utah, on June 10, 1897. Soon after the Raty family moved to Lewiston, Idaho. Horace grew up with a passion for horses and a great respect for the Nez Perce Indians. Chief Joseph was a hero to the young man. This was the beginning of his love of the Appaloosa horse.

Appaloosas were his favorites, but he also raised and raced Quarter Horses and Thoroughbreds. Horace often commented he could have made more money raising cattle, but horses were his life.

Horace married Olive Frandsen in June of 1919 and spent a good number of years rodeoing. He was a seven-time Saddle Bronc Champion of Eastern Idaho.

In November of 1943 the family moved to Great Falls, Montana. He purchased a ranch on Arrow Creek, near Square Butte, and in January of 1944, shipped some ninety horses by rail from Robert, Idaho, to Great Falls. Included in the herd were the first Appaloosas seen in the area.

Montana seemed to Horace a natural place to produce rodeos, and with his love of horses, people, and the abundance of wild range horses to pick from for rodeo rough stock, the Raty Rodeo Company was established. He added bulls, steers, and Brahma cows and calves to complete the stock herd. The whole family was involved. Olive kept the books while son Jack announced. His brothers Art and Buck worked behind the scenes as did son-in-law, Frank Mayo, and Jack’s wife Alice.

Many of Horace’s rodeos would start with a mad scramble of bulls, mules and horses turned out of the chutes at the same time. He often held wild cow milking contests and a wild horse race.

Horace was very proud of his bucking horses, but his pride and joy remained with the Appaloosa horses he raised, showed, and raced each year at the Lewistown and Great Falls fairs.

He lived his life the way he wanted and was happy with his achievements. Family was important to him, and he especially enjoyed being a grandpa. He passed away in August of 1983.