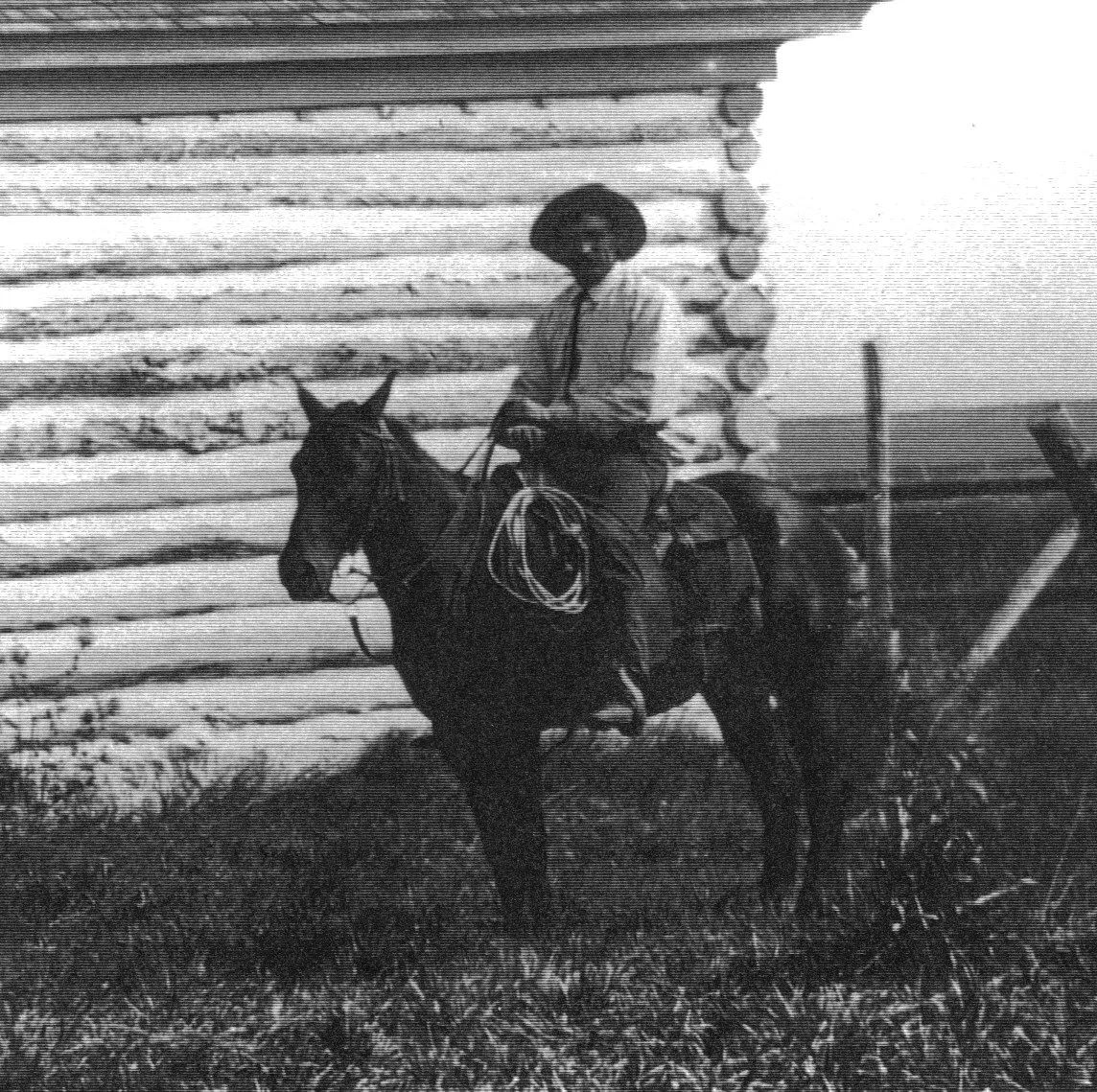 Charles Fredrick “Charlie” Meine was born March 22, 1870, at Hannover, Germany, the son of Conrad and Wilhelmina (Fricke) Meine. Charlie's full given name was Friedrich August Wilhelm Carl Heinnrich Meine. He arrived in the Beaverhead Valley with his parents and three sisters in 1882, his father taking one of the last homesteads to be had in the area.

Young Charlie ranched with his father on the homestead of grass hay and pasture raising cattle and horses. In 1890, when Charlie was twenty years old, Conrad purchased an adjoining 160 acres. This was the first of many land purchases to build the Meine Ranch north of Dillon, Montana.

On February 20, 1893, Charlie purchased the homestead of Thomas J. Mulaney. Charlie and Conrad worked the two ranches together, until Conrad's death in 1911. The base of the operation was moved to Charlie’s home site. Several of the buildings were moved from Conrad’s homestead and others were built. The barn completed in 1900 was one of the finest in the valley at the time, boasting a large horse barn with seven double and two single stalls, large tack rooms, a hay loft with hay lift so that hay could be stored in the attic. The east side of the barn was the milking area as well as holding areas for milk cows and calves.

Charlie maintained a large herd of cattle and was an avid horseman. Always working to upgrade his livestock, he owned fine cattle and horses. Charlie and his nephew, John Albers, once traveled to Columbus, Nebraska, and assembled two carloads of registered polled Shorthorn cattle and a registered Percheron stallion then shipped by train back to Dillon.

Saddle horses were used to work the cattle. Horses used to pull the farming and haying equipment were usually of Percheron breeding. Charlie’s grandson, Bob Meine, remembers helping hitch as many as twelve two-horse teams. The horses had to be wrangled each morning from the pasture and brought to the barn. Each one was then tied in the barn and given grain while they were curried. All this was done before the morning meal. After breakfast, the horses were harnessed and hitched to the equipment. At noon time, the horses were watered in the slough on the way back to the barn and given oats and hay before the men came to the house to eat. Charlie maintained the belief that not until the horses were feed were the people fed. Harnessing the horses for a day’s work was a long and tedious process and being sure the harness was properly fitted was important, so the horses did not develop sores. Charlie made sure everyone knew how to care for the huge work horses.

In 1916, Charlie acquired many acres of range on Dutchman Mountain. This was used for summer pasture for the cattle, and after haying, the work horses were taken there in the fall and turned loose for the winter.

Charlie was manager and supervisor of the Beaverhead Milling Company of Dillon as well as part owner. An article in the 1925 Dillon Examiner Christmas edition states that Charlie Meine’s sound judgment and progressive methods were bringing prosperity to the company. Charlie was active in the rural school his children and grandchildren attended. The Meine ranch often provided hay for the horses ridden to school and stabled in the barn across the road from the school.

As a father, Charlie taught his sons and grandsons a great deal about ranching. The Meine ranch was passed down to two of his sons, Henry and Carl. Sections of it are still owned to this day by two of his great grandsons.

Charlie was seventy-seven years old when he died on February 11, 1949.