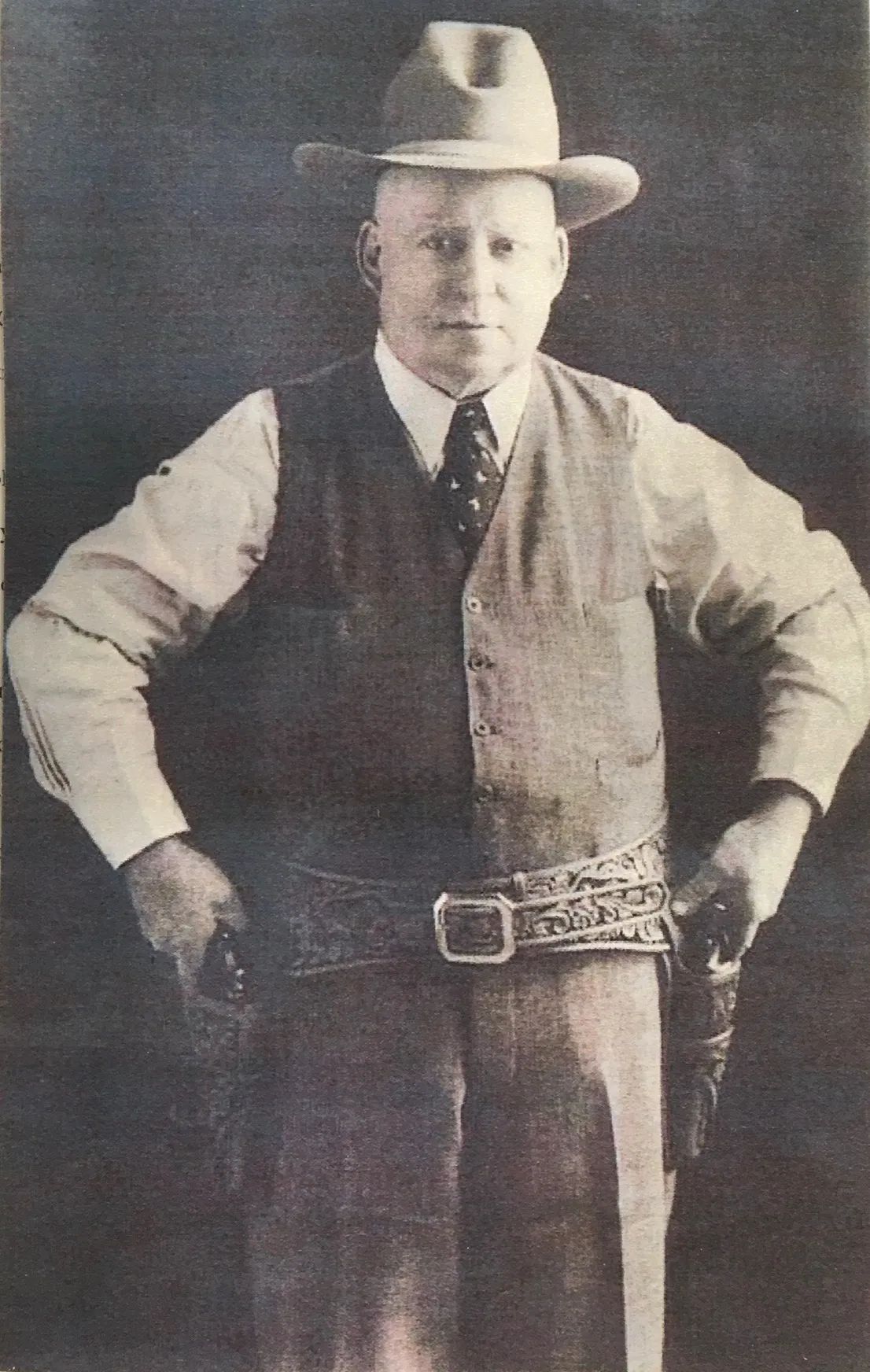 Edward “Ed” McGivern of Lewistown, Montana, was a famous exhibition shooter, shooting instructor and author of the book Fast and Fancy Revolver Shooting. McGivern also performed extensive research into the art of handgun shooting, particularly with the double action revolver.

Fast and Fancy Revolver Shooting was first published in 1938 and is still printed by Skyhorse Publishing of New York as a reference for handgun shooters. In the book, McGivern covers his career from early experimenting with single action revolvers to exhibition shooting to police training and experiments in long range revolver shooting.

Ed McGivern is renowned as one of the best hand gunners that ever lived. His Guinness world record for “The greatest rapid-fire feat" set in August 20, 1932, at the Lead Club Range in South Dakota, stands to this day. This feat consisted of “firing two times from 15 feet five shots which could be covered by a silver half-dollar piece in 45/1OO of a second.”

Mr. McGivern was capable of many amazing shooting feats, most of them well documented in his book. To name a few:

He could break six simultaneously thrown-in-the-air clay pigeions before they hit the ground.

He could hit a tin can hand thrown twenty feet in the air six times before it hit the ground.

He could shoot drive a tack or nail into wood.

He could shoot a dime on the fly.

Interestingly, his standing “The greatest rapid-fire feat” world record was made when he was 58 years old. Soon after that point, arthritis ended McGivern’s competitive shooting career. But before his end, he and his friend Elmer Keith were instrumental in pushing the envelope in the early days of magnum revolvers. While Keith was primarily interested in using revolvers for hunting, McGivern was more interested in police use of the revolver. McGivern demonstrated that with proper sights and use, the .357 Magnum could be used on man-sized targets at ranges of up to 600 yards. McGivern experimented with different types of iron sights, including peep sights, and telescopic sights. His preferred type of iron sight for this use was a small diameter rear aperture and a post with a gold bead for the front.