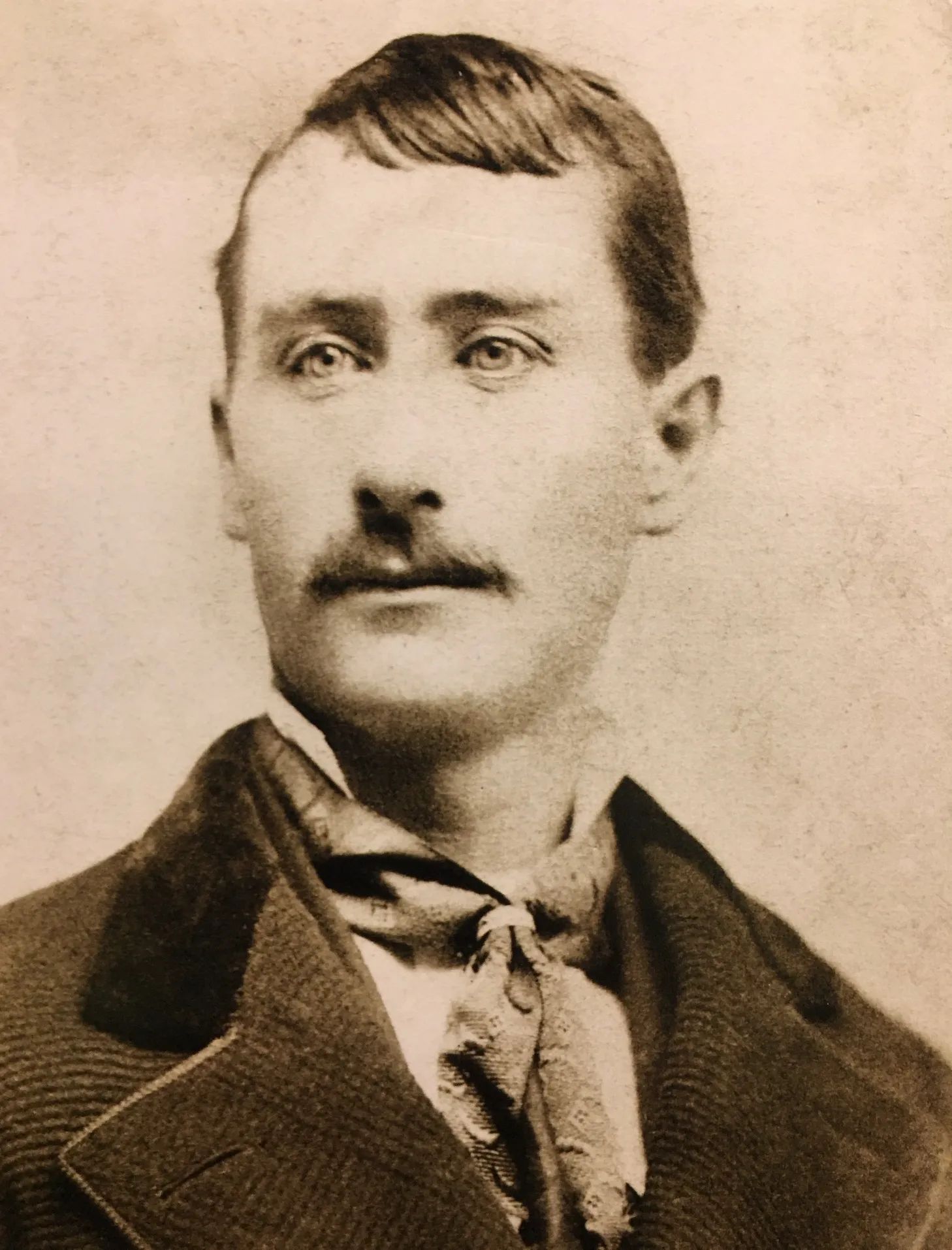 Corrydon W. Wilson, also referred to as C.W., was born in Solon, Illinois, on August 23, 1854. When the Wilson family was struck with Malaria Fever, C.W. and his brother Al were orphaned. His mother, father, a brother and three sisters died. He was adopted out at the age of six, and later resumed the Wilson name. His brother Al entered the Civil War at the age of 13.

C.W. came to Montana in November of 1880, via the Northern Pacific Railroad then by riverboat to Glendive. He walked to Terry and then rode with a buffalo hunter to Miles City. From there he rode the stagecoach to Sadie Bottom, about 25 miles west of Miles City, in the valley on the Yellowstone River. He joined his brother Al, who had been mustered out of the War and had established a Desert Claim in 1878. It was Election Day, and the voting was at Al’s dwelling. C.W. noted in his diary that, “There was whiskey, but petticoats were not in vogue.” C.W.’s homestead was the sixth filing of land entered at Miles City.

The brothers lived in a dugout those first few years on a creek later named Wilson Creek. They made their living cutting posts and shooting buffalo for the settlers in the area, along with Al’s seven dollars a month disability from his service in the Civil War. This was the humble beginning of their ranch.

C.W. and Rasmus Spoup, an area settler, bought some cattle in the late 1880s and registered a brand, the reverse CR. It is shown in the 1872-1908 Montana Brand Directory.

In 1890 C.W. married Nellie Brandt, whose family came from Pennsylvania to homestead. They had three children during this time. To supplement the income on the ranch, C.W. became the first postmaster at Sadie, from 1883-1894 and is credited with starting the first irrigation system in the area. In June of 1888, he built a dam on the creek and hand dug ditches to irrigate the area’s bottomlands of native grass.

C.W. accepted a position as Industrial Superintendent for the Cheyenne Indian Reservation in Southern Rosebud County from 1894-1899. One of his responsibilities was to instruct the Cheyenne on farming practices and issue meat under the rationing system. A few of the many Indian family names recorded in his journals included Eagle Feathers, Medicine Bull, and Walking Bear. He wrote articles for the Miles City paper to inform and educate the public about life on the Reservation. He also wrote one of his best-known poems, “The Cheyenne Lay,” which was republished by the Indian Rights Society of Philadelphia. Many of C.W.’s poems related to his time spent at the Reservation and his endeavors to help the Native peoploe adjust to the changes in their lives. Three more children were born to C.W. and Nellie at Lame Deer.

C.W. moved back to the ranch that Al had kept going during those tough years and eventually built a two-story Sears and Roebuck home. Al died in 1902, having never married. C.W. used seven water rights on creeks and coulees between 1888 and 1910. Because of his irrigation ventures, he was able to raise grain and hay most years. Horses and cattle were the predominate livestock raised. C.W. also raised corn and pigs and sold the pigs to the Milwaukee Railroad construction crew when they built the railroad through the area. The train or ‘dinky’, as it was known, was the link to Miles City, carrying cream to sell.

Sadly, a daughter was lost during the great WWI Flu epidemic. Six children were raised on the ranch on Wilson Creek with two staying on to enlarge the place. The sixth generation is living on the ranch today.

C.W. was well known for his writings and western poetry. His poems tell the stories and events of the day based on true accounts with encouraging words and on his love for his adopted state. In 1930, his book The Romance of the Pioneer Trails, was published at the age of 76 and included poems written as early as 1878. Many more of his poems remain with his family. Since many of them mentioned local people, it has become of historical value in the area for charting family history. C.W. was inducted into the Montana Poet Hall of Fame in 1989. A copy of his book is on file with the Montana Historical Society in Helena.

In 1942, he was writing and living on the ranch with his daughter and family when he died at age 89. The Miles City Star referred to C.W. as the “Sage of the area, a pioneer, scholar, and a gentleman.”

Although C.W. who was slight built had no formal education he was larger than life with either a pen in hand or while occupied as a working cowboy.