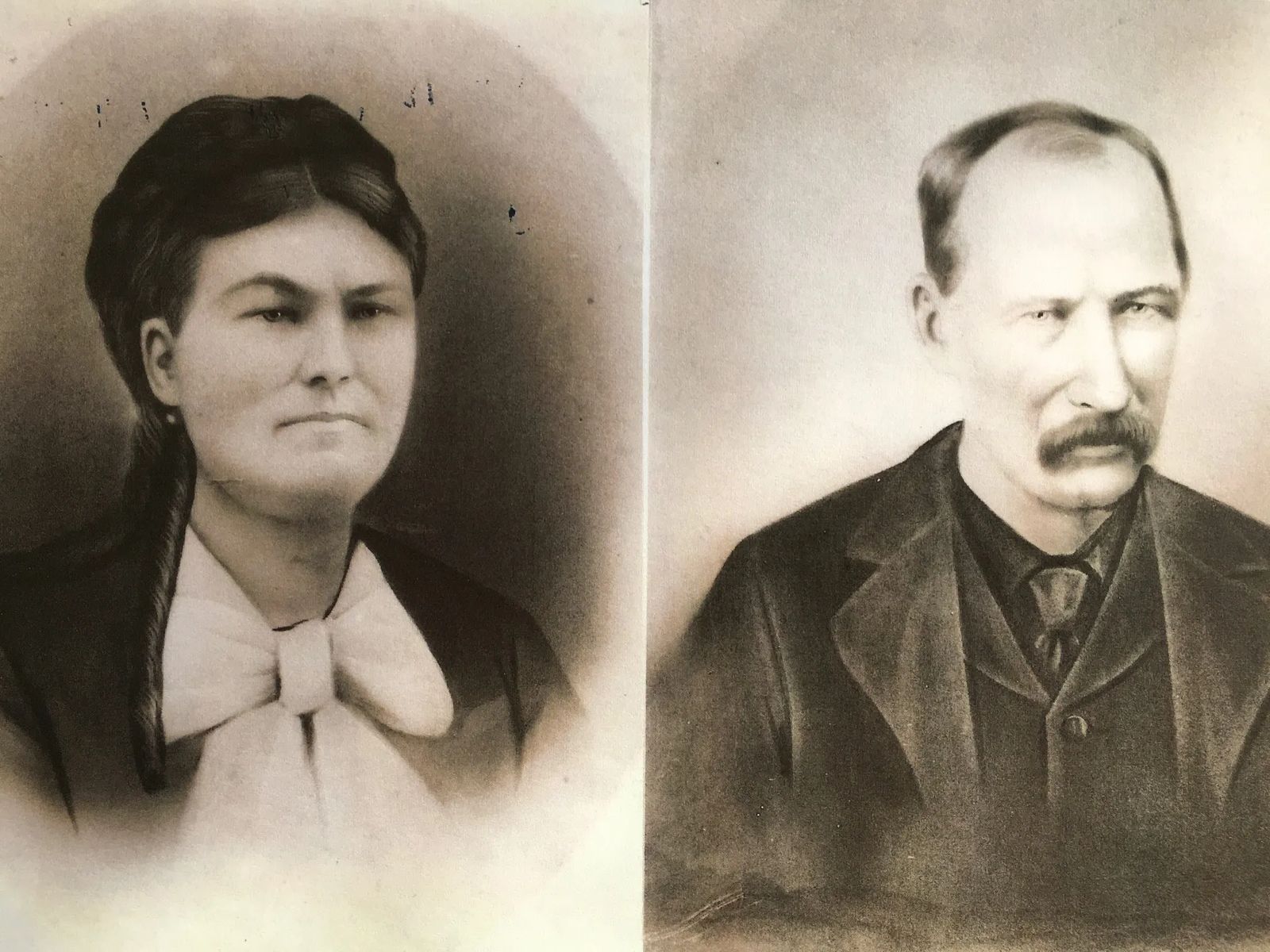 John W. O'Brien was born in in the state of Kentucky. At age 16 he enlisted in the U.S. Army and was ultimately stationed at Ft. Buford, North Dakota, where he was honorably discharged in 1870, six years before the Battle of the Little Big Horn. Upon mustering out, he conducted several woodyards along the Missouri River, from Bismarck, North Dakota to Ft. Benton, Montana, his principal yard being at Cow Island, below Ft. Benton.

In 1877, in company with George Morgan, ‘Chief of Scouts’ for General Terry, John built a stockade store at the mouth of what is now known as Morgan Creek, 15 miles north of Glendive, Montana. The two men maintained a woodyard there, supplying wood to the steamboats that plied along the Yellowstone River, and trading with the Indians until the spring of 1879 when the venture no longer earned a profit. John began carrying mail from Ft. Buford to Ft. Keogh near present day Miles City, Montana. In one harrowing episode, he was caught in a raging blizzard miles from anywhere. He was driving two horses pulling a sleigh. He unhitched the horses and alternately rode them circling the sleigh throughout the night to keep him and the horses from freezing to death.

In the spring of 1881, John purchased a ranch and trading station owned by French Joe. Here, at the mouth of Fox Creek, 5 miles south of Sidney, Montana, he established a store and roadranch, known later as the O’Brien Stagecoach Stop. In August of 1881, he married Miss Ellen Kennedy, born in Cambria County, Pennsylvania. In 1880, unable to decide whether or not to accept employment in Dakota Territory, Ellen tossed a silver dollar, and thus came west to be employed by Jordan and Hedderich at Ft. Buford.

John and Ellen soon started on a building program, which continued for several years. Men were hired to help to 'get out the logs and hew them' and put up the house, a log store, a large barn, ice house, livery stable, windmill and wheelwright shop. The roadranch was a two-story building, made of squared logs. An article published by the Montana Historical Society quotes an observer, who, having inspected the stagecoach stop carefully, noted that though deterioration had set in, he had “never seen a finer display of axmanship than that used by Morg Morman and Utlick Atkins, who built it for O’Brien about 1882.” Another observer noted, “the best dovetailing I ever saw, and of hewed cottonwood. No chainsaw.”

John and Ellen had three children: Ted, Jim, and Mary Frances who died in childhood. Everything available at the O’Brien and Sons store had to be freighted from Ft. Buford or Glendive. Freight occasionally came up the river by steamboat. When Ted and Jim reached had both reached the age of 14, the boys were sent on a trip to Glendive with a four-horse team and wagon. The trip took five days, two up and three to come home with a load of goods. Jim remained a bachelor throughout his life and Ted married Bertha Dore and had eight children. He and his family continued to live on the O’Brien farm. Ted was elected sheriff of Richland County seven times and later became Postmaster at Sidney.

Ellen Kennedy O’Brien served as Postmistress at Newlon from 1887 to 1892. Her fine penmanship recorded every one-cent stamp sold in a fine hand. She was a Godly woman and deeply religious and since there was rarely a priest in the vicinity, Ellen read the burial rite at Catholic funerals. After her death, John and Ted continued to perform this task. At the time of Ellen’s death in 1904, she left money to help build the first Catholic Church in the Lower Yellowstone Valley. Her will states, “I give and bequeath to the Roman Catholic Church the sum of 500 dollars for the purpose of erecting a Roman Catholic Church in the Lower Yellowstone Valley, at a point in the valley to be hereafter decided by the Catholics themselves to accommodate the largest number of Catholics possible.” This money was given to the diocese and was used to build St. Catherine’s Catholic Church in Fairview, Montana.

Author Elliot Paul immortalizes John O’Brien on the first page of Ghost Town on the Yellowstone. The passage reads, “...the nearest historical landmark was Johnny O’Brien’s old store at Newlon, on Fox Creek. His establishment, a general store, fell down and blew away just after WW I.” O’Brien’s fame lived on through his sense of humor and is recounted by Paul in later chapters.