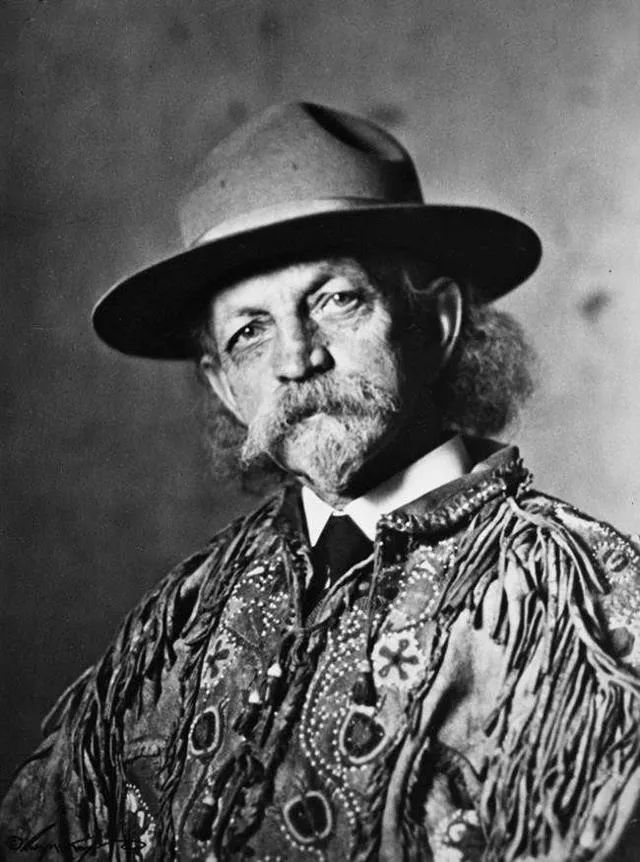 Edgar Samuel Paxson arrived in Montana in 1877, the year after the Battle of the Little Bighorn. Paxson’s interest in the battle would become a defining element in his artistic career, culminating in his major work, Custer’s Last Stand, now in the collections of the Buffalo Bill Historical Center. Other works by Paxson in the Center include The Buffalo Hunt, 1905, and a group of fourteen drawings related to Custer’s Last Stand.

Paxson researched the Battle of the Little Bighorn and spent several years completing the painting. He then circulated Custer’s Last Stand as a traveling exhibition. As part of the explanatory material on the painting, he prepared an outline key that identified the major figures.

The artist was born in East Hamburg, New York, near Buffalo, on April 25, 1852. His father, William Hamilton Paxson, had a carriage-building business. After attending the Friends’ Institute school, Edgar entered his father’s business, painting carriages and signs. His experience as a sign painter probably introduced him to skills he would later develop as an artist, but there is no evidence that Edgar Paxson received formal art training at this time. In 1874 he married Laura Johnson, and the following year he set out for the West.

Paxson worked for a stagecoach company, as a guide, and at other frontier jobs that provided experiences he would later use in his art. In 1878 he brought his family to Deer Lodge, Montana, where he painted signs and scenery for theatrical backdrops. In 1881 they moved to Butte, where Paxson continued painting scenery, but also established a studio and produced easel paintings of historical subjects and portraits of Indians. The artist also maintained his love of the outdoors, going on hunting and camping trips. Under the name “Pistol Grip,” he wrote articles about trapshooting and subjects of interest to the hunter for The American Field, a sportsman’s journal. He also enlisted in the Montana National Guard, where he developed friendships with military leaders of the region.

In the years after the Battle of the Little Bighorn, Paxson gathered information with the idea of portraying the famous battle between the Army soldiers, led by Lieutenant Colonel George A. Custer, and Sioux and Cheyenne warriors. He was quoted as saying, “When Custer and his brave command met their fate on the Little Big Horn, I said, ‘Some time I will paint that scene’ during my leisure hours. I kept dabbling with brush. Each day I saw some improvement. In all this time, I never lost view of my object, and for 20 years gathered data, sifted and resifted it, conversed with participants on either side, visited the scene and became as familiar with the ground and the circumstances as with my own home.”

According to the biography written by his great-grandson, Paxson interviewed Native Americans who had been in the battle, such as Gall (Lakota) and Two Moon (Tsistsistas), and some ninety-six soldiers from the related campaign. His primary source was General E. S. Godfrey, who had been a lieutenant with Captain Frederick Benteen’s contingent and who had been one of the first to view the site after the battle. Actual work on the canvas, which measured six feet by nine feet, probably began in 1895.

In May 1898, Paxson’s work was interrupted when he was mustered into the Army and sent to the Philippines for active service during the Spanish-American War. Back home after a year, he resumed work on his painting and completed it in 1899. Paxson and a business associate sent the painting to Eastern cities for an exhibition tour, charging the public twenty-five cents to view the painting. They produced a booklet to accompany the work, which included an outline key to the figures, a history of the battle, and information on the painting. In the booklet, the painting was titled Custer’s Last Battle on the Little Big Horn, but when Paxson copyrighted it in 1900, he used the title Custer’s Last Fight. Family members have said, however, that the artist used the title Custer’s Last Stand in the latter part of his life, and it has become the generally accepted title.

Having been elected to membership in the Society of Associated Arts, Paxson traveled to Chicago and exhibited his paintings in the organization’s annual exhibition in

1903.He spent at least seven weeks in the city, where he visited several museums and spent time at the Chicago Academy of Fine Arts. Although he seems to have been primarily self-taught as an artist, he might have had some instruction in Chicago and taken the opportunity to learn by looking at the works of other artists.

Paxson exhibited his paintings at the Louisiana Purchase Exposition in St. Louis in 1904, at the Lewis and Clark Exposition in Portland in 1905 as well as at other venues outside Montana. He moved to Missoula, Montana, in 1906. In 1911 he was commissioned to paint six scenes of Montana history for the Senate chambers at the Montana Capitol in Helena. The following year, he was commissioned to execute eight paintings for the Missoula County Courthouse.

In an article by George Everett: “Unlike other Western artists, including Charlie Russell and Frederic Remington, Edgar S. Paxson painted what he knew. He had lived in Montana since 1877 and personally interviewed and was acquainted with participants of the era’s major events. He painted Sitting Bull and Chief Joseph and hunted with Chief Ten Doy of the Bannocks. He interviewed Indian and white survivors of Custer’s fateful encounter on the Little Big Horn and visited the battlefield several times to absorb as much detail as he could before painting his masterpiece Custer’s Last Stand.”