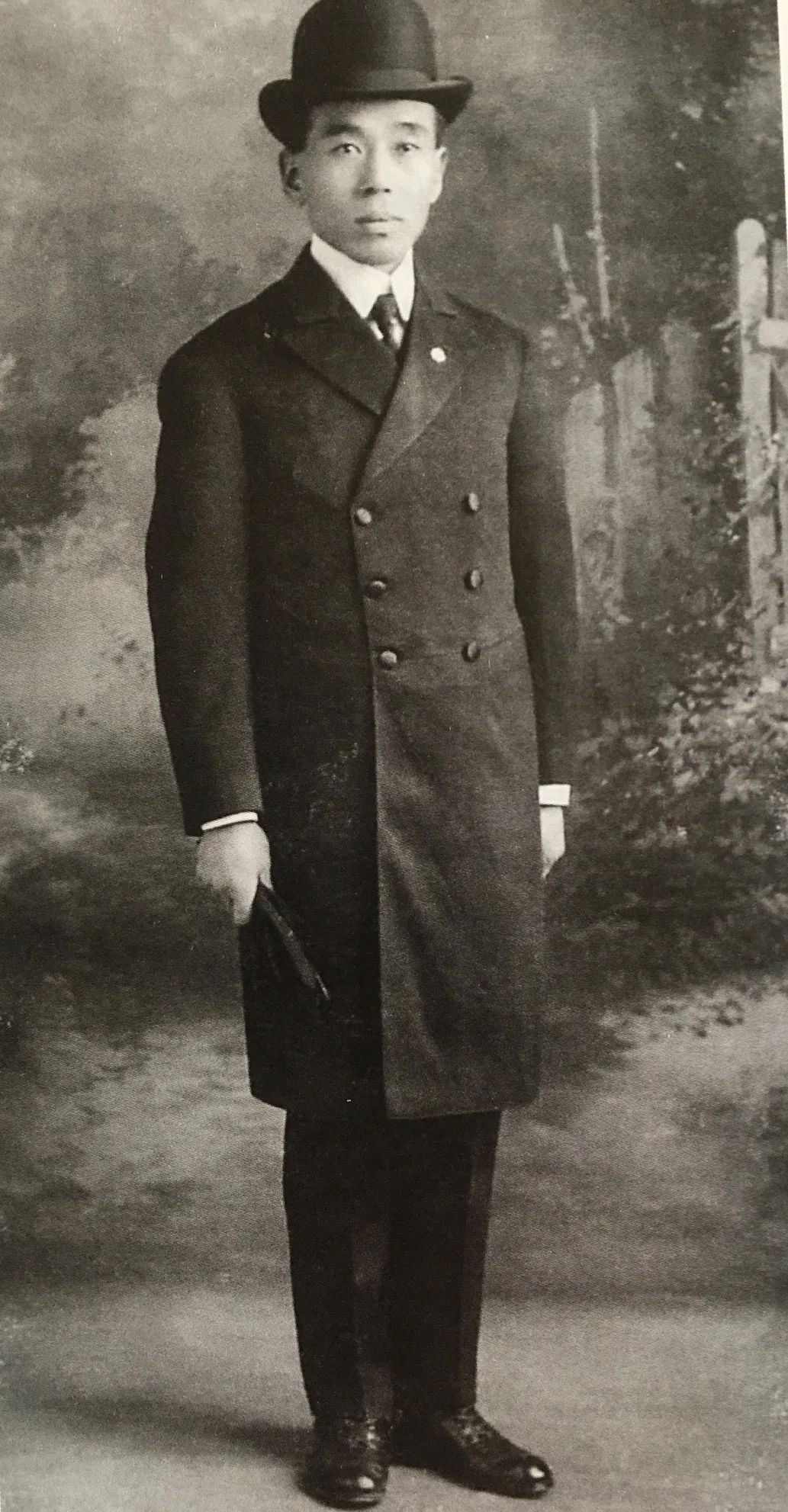 In 1898, Mokaturo M. Hori, was newly widowed and in his early twenties when he left Japan and traveled to America. The U. S. Mainland offered higher wages and more opportunities to immigrants than coastal California did at the time. The Northern Pacific and Great Northern Railroads, both traversing Montana, needed workers to fill their section crews in the Northwest.

Hori soon realized he did not have the brawn for railroad work but was able to find employment as a houseboy and cook for the family of Charles Conrad, the founder of Kalispell, Montana. Hori helped Mrs. Conrad solve her problem of the need for additional domestic help by bringing Japanese students to Kalispell. In exchange for employment the students paid Hori for the opportunity to learn English. The Conrad’s awarded Hori with a gift of ten acres of land east of Whitefish. Through years of hard work and creativity, Hori purchased additional land for commercial vegetable gardens from which he sold to buyers all over the country. Hori had a plan that put to use his keen mind, strong will and valuable organizational skills that would forge for himself a good life. Hori brought workers from Japan, guaranteed them passage and a job when they got here. These young men, all university graduates of Japan, wanted to enroll in Ivy League universities for graduate studies but could not qualify until they were fluent in English. While working for Hori, they were able to accomplish that goal and earn a salary at the same time.

The first local newspaper account of Hori’s activities and successes appeared in the Whitefish Pilot newspaper, November 1, 1907. It noted that, “M. M. Hori has purchased the Model Café, formerly conducted by Chin Sing, including the building, and took charge of same on Sunday. The new management will endeavor to give satisfactory service and assures old customers as well as new ones that nothing will be neglected in catering to them. Only first class, experienced help will be employed. The building is to be thoroughly cleaned and renovated and placed in perfect condition to give the public the best service possible.” Another Pilot account from December 31, 1914 stated, “M. M. Hori, who owns a fine ranch about two miles east of town, has about 20 Japanese boys at work clearing off a tract of 60 acres. He will convert most of the timber into marketable firewood and will then proceed to take out the stumps. Mr. Hori expects to have the land in shape for a crop by the time warm weather sets in this coming spring.”

An advertisement from a ‘successful businessman’ in faraway Montana caught the attention of widowed Aya Hayashi of Seattle, Washington formerly of Japan so she sent him a photograph. Aya and Mokaturo were married on November 10, 1915 at the Japanese Methodist Episcopal Church in Seattle. The couple returned to Whitefish soon thereafter where she was welcomed by the community and assumed duties as Mokaturo’s business partner.

The Hori’s adopted a teenage boy in the mid-1920’s named Issic but lost contact with him when he left Montana sometime after graduating high school. In the late 1920’s, Mokaturo and Aya adopted a six year old boy named Toshio Sakahara, who was one of four sons of a couple that worked at the Hori truck farm, and raised him as their own.

As an adept businessman, Hori acquired more city lots on Central Avenue in Whitefish and more acreage for his ranch. Hori was capable of changing the direction of his business endeavors when something required it. For example, his initial land holdings were located one mile south of where his 400-acre ranch would eventually be. An insufficient amount of additional land was available to purchase at that spot so he sold those well-improved pieces for a profit and started over building his dream on a bigger plot. Eventually Hori’s ranch included a large truck garden managed and worked by Japanese families. The Sakahara family lived and worked on the ranch from 1928 to 1952.

The Whitefish Pilot of June 30, 1931, just five months prior to Hori’s death, ran a front-page article about the Hori Ranch. “Twelve acres are devoted to raising vegetables, much of which is used at the Hori Café. They have their own irrigation project.”

Stump Town to Ski Town written by Schafer and Engelter says, “Mr. Hori is known as the celery king of this part of the country. His celery is of unusual flavor and delicious tenderness. The Great Northern Railway features it on their dinners. The Hori Gardens were a matter of pride to the Japanese and the whole town. …At harvest time in 1927, the Great Northern Railway bought 100,000 pounds of potatoes.”

On June 30, 1931, the Pilot said, “M. M. Hori has been in the dairy and ranch business for 14 years... All of the Hori stock is registered Holstein with long lines of pedigree... Among the registered cows, Hori Kaigen Shoi, was first among milk producing cows in the county in 1930.”

It is evident that Hori worked hard at acquiring good business partnerships with influential businesses like Carnation and the Great Northern Railway. Likewise, Hori belonged to the Blue Room Bunch; a group of influential area businessmen who lunched regularly at Hori’s Café and discussed ways to improve the community. The original café became too small, so in 1919 Hori built a new one, along with a new hotel. He bought eight city lots (#’s 130 -138) on Central Avenue.

The Whitefish Pilot reported on the new hotel and café on September 9, 1919. The front-page headline read, OPENING IN A BLAZE OF SPLENDOR. “Magnificent in its appointments and conveniently and superbly equipped for the most modern methods, the Hotel, Hori opened is a fitting testimony to the industry of the proprietor, Mr. M. M. Hori. Mr. Hori invested many thousands of dollars in this enterprise and the people of this city are justly proud of the results of his initiative. The whole affair is the result of his personal planning and architecture and is the just reward for his many ‘lean years’ which he, in common with other businessmen, were compelled to endure when the future of Whitefish was still not certain.”

After a long battle with cancer, M. M. Hori died on November 21, 1931, in the apartment he shared with his wife. He was buried in a beautifully wooded private plot on his ranch. On May 17, 1954, his remains were moved to the Whitefish Cemetery when the land changed owners.

Mr. Walter Sayer, Chairman of the Board of the Stumptown Historical Society, says of Mokaturo, “Hori got Whitefish through the Depression because of the work he could offer to those suffering from job losses.”