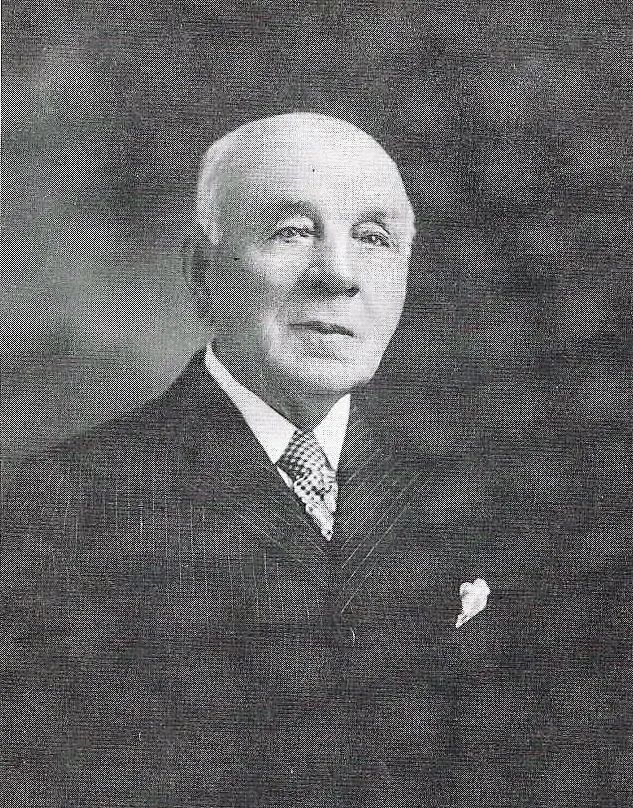 Byron Roger Sherman was born on August 20, 1841, in Moriah, New York, to Norman and Julia Sherman. He was named after his great grandfather, Roger Sherman, who had signed his name to the Declaration of Independence in 1776. The Shermans lived in Moriah for five years, where his father was a miller by trade, before moving to Hazel Green, Wisconsin.

“Byron was given the opportunity for good schooling in Hazel Green. His parents were cultured people and made the boy the beneficiary of their knowledge. He was taught arts, history, how to cook and how to handle himself among men. He was a good horseman. His father trained him well in the trade of milling, something he could fall back on, if things didn’t go as he wanted them to.”

“The lure of the West caused Byron R. Sherman to leave home to develop his independence. He was nineteen and dauntless at the time. He made his way down the Mississippi River to St. Louis, Missouri.” There he met a cousin, William T. Sherman, who would later become a famous Civil War general. With information from William, Byron headed to California intrigued by tales he heard around St. Louis about the “riches to be had on the West Coast.”

Sherman spent a brief time in Sacramento before heading to southern Oregon for the winter. In late 1862, Sherman spent four fairly successful years as a miner in Boise Basin, Idaho.

“In 1865 while Montana was still part of the Idaho territory, Sherman left Boise Basin and went to Fort Owen in Missoula County.” He had a short-lived marriage with a financially well-off woman named Addie Doudy who owned a ranch in the Missoula County area.

At Fort Owen, Sherman used his miller training and constructed “perhaps the first grist-mill that was built in this western country.” After two years he sold out and went to White’s Gulch, Montana—a few miles north of present-day Townsend.

Sherman returned to the Bitterroot Valley where he met and married the widowed Mrs. Adelaide (Chaffin) Woods. She had two children from her previous marriage and the couple bore two more sons. In mid-1869 the Sherman family moved to Diamond City, Montana, about forty miles east of Helena.

In 1872, the Shermans moved to the Smith River Valley in Meagher County. They settled on 320 acres north of the Smith River where “the soil is so deep one can dig a well 30 feet without a pick. The spring [Sherman] filed on is just east of the ranch and the water flows rapidly to the fields. It had never been known to go dry, even in the longest drought in the state.”

“On the ranch Sherman planted the best grasses he could buy. He was first to plant the famous blue-grass in the valley. … The best breed of horses and cows were shipped in and moved to his ranch… The first race track in the valley was built on his ranch.”

“Sherman was a busy man in the early days of Meagher County. An unusually shrewd man, his vocations were many: stock raising, livery stable, mining and he was always improving on them, whenever it was possible.”

Adelaide passed away with cancer in 1880. “The loss had a great depressing affect on the area, as well as the sons and husband. She was a well-liked person and a wonderful homekeeper.”

“All the necessary equipment was in the barn to run a livery business. B.R. was a good veterinarian himself. He had a remarkable persuading influence over workmen. It was not long before the operation was giving the customers fine service.”

“Rumors had it that [Sherman] had some personal experience with the Pony Express the way he was able to operate the livery business.” He had a stage line that ran between Helena and White Sulphur Springs, “carrying passengers on a ‘daylight-to-dark’ trip.” Sherman operated similar lines between Neihart, Castle, White Sulphur Springs and Townsend. “No one else in the county had the fine horses and relay stations he had.” “…people talked about [the stage line] from coast to coast in the developing of Montana.”

In 1882, Sherman married his third wife, Emile Estelle Nagues. She was 18 years old and he was 41. Emile bore Sherman three daughters and one son.

“By 1890 White Sulphur Springs and Meagher County were reaching the end of their 20-year renaissance…. It had been said that no man contributed to the development of the area, as a whole, more than B.R. Sherman. He gave both time and money.”

In 1890, Sherman began building a castle-like home on Knob Hill, “a permanent memorial to his efforts in helping to develop the hamlet of White Sulphur Springs.” The Castle was finished in 1892 at a cost of $36,000. It was constructed of granite blocks hauled from Cottonwood Creek, 12 miles southeast of town by Wesley Curnutt and his crew of men and 16 ox teams. Today the Castle is home to the Meagher County Historical Society and serves as a historical museum.

Byron Roger Sherman died in 1926 leaving an outstanding legacy to the state of Montana.

The Man Who Built The Stone Castle by Taylor Gordon, 1967 printed by Meagher County News.