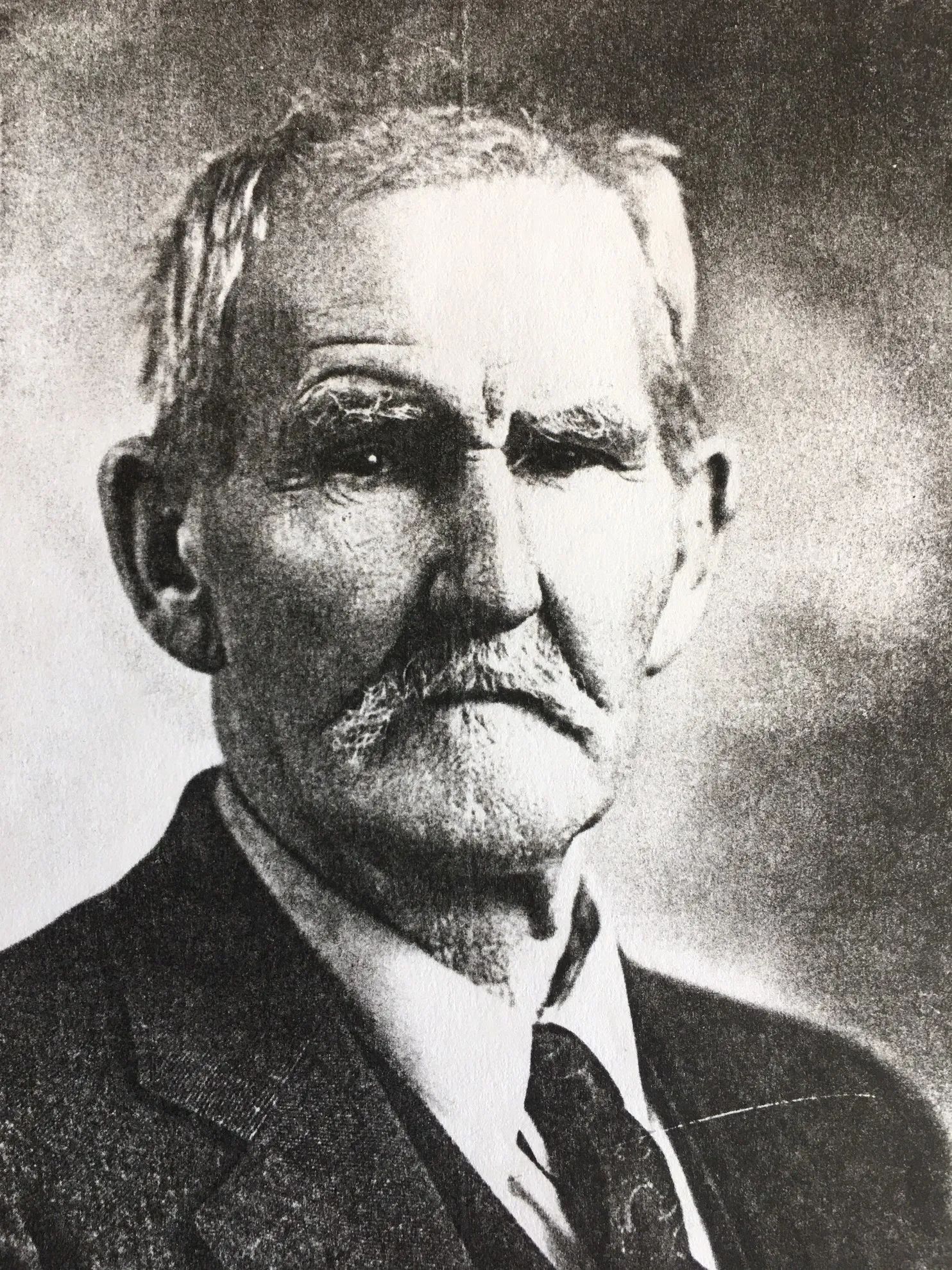 William E. Wilson, known later in life as “Limestone” or Limerock” was born November 5, 1860, at Berrian Springs, Michigan. At eight years old he moved with his parents to Holt County, Missouri. While living there and in Oregon, he completed a common school education.

Imbued with romantic notions from reading frontier stories while quite young, Mr. Wilson yearned to go west and discover a gold mine. When the Black Hills excitement broke out in 1878, his parents moved to Deadwood, South Dakota where his father established a lucrative business as a gardener selling fresh vegetables to the miners and their families.

In 1879 Wilson went prospecting in the Black Hills. He didn’t have much use for his father who by then had married five times, so in the spring of 1881 at 20 years old, with companion George Neligh, he set out on foot for Montana Territory. Being unfamiliar with conditions and deceived by false reports, they nearly starved to death on the way. While encounters with the Sioux impeded their travel they were able to reach the mouth of O’Fallon Creek near present day Fallon, Montana where they passed some buffalo hunters loaded with meat for the Northern Pacific railroad camps. This happenstance led to Wilson going to work for Brown and Dewey on the Northern Pacific grade near Cabin Creek, about 35 miles north of Glendive. Soon tiring of his railroad job, Wilson sought to go mining and headed down the Yellowstone and Missouri Rivers in a ‘borrowed’ boat headed for Kansas City and onto New Mexico. He wrecked the boat on ice at or near Bismarck, North Dakota. Nearly broke and out of a job he headed back for Montana in the winter of 1881-82.

After rambling around all winter, Wilson landed in Maiden on April 15, 1882, without a dollar in his pocket. He made a grubstake working at placer mining and then started prospecting. In the fall of 1883, he found an ore lead in limestone around the edge of a ridge and named it the Gilt Edge. Further work disclosed a good-sized ore body. The public would not believe there was ore to be found, and Wilson was unable to raise the money to develop it.

Wilson later entered into a period of ten years of hard work as he was finally able to acquire money from different partners for his mining development. Several who skipped the country and left Wilson with debts to settle. He was snowed in one winter in the Judith Mountains for two months with nothing but his dog and guitar for company. Wilson’s work continued to be ridiculed while some people even went so far as to call him crazy. During those discouraging but hopeful years he laid the foundation for the profitable mining development of Fergus County. He disagreed with the common theory that there was no use looking for gold in the limestone. From this he received his name “Limestone” or “Limerock,” a title he was proud of. In his conversations he called himself Limestone Bill. He eventually succeeded in interesting some Helena investors in the Gilt Edge mine and sold it to the Great Northern Mining and Development Company for $32,000. A mill was built in 1893, and the town of Gilt Edge was named for the mine. The mill was the second in the United States to use the “cyanide process” on a commercial scale. About $1,250,000 in gold ore was processed at this mill.

Limestone continued to prospect all over the Judith Mountains, looking for ore bodies in the limestone. He strongly believed the great mines of the United States would use the cyanide process and that those ores would be found in the limestone. He often stated that ore was where you find it and not were it was supposed to be.

In 1900 Wilson married Margaret E. Wampler of Chicago and settled in a handsomely furnished home in Maiden. Limestone eagerly pursued self-education himself and acquired an extensive library. He enjoyed quoting many of the classics word-for-word. Wilson stood 6’4” and slender in build. He was well known for his beautiful bass voice. Tragically the Wilson’s home in Maiden burned to the ground taking all their possessions including Limestone’s valuable library and photo collection of early mines and miners. In 1912 Margaret died and was buried in the Lewistown City Cemetery. Sometime after his wife’s death, Limestone moved to a cabin near the mouth of Maiden Canyon not far from Gilt Edge. He continued to prospect and advance his claims. Limestone soon developed a reputation as a gardener, a talent he no doubt acquired from his father. His potatoes were widely known and at one time he sold them to the Northern Pacific for use on their liners

One distinguishing feature of Limestone was being very particular and detailed in all his endeavors. The tunnels in his mine were a work of art and looked as though they had been laid out with a transit. He insisted that all loose debris be cleaned out at the end of every shift. In his nearly 56 years of prospecting, Wilson is known to have driven over 2,000 feet of tunnel with his own hands. His last work of any consequence was done in Alpine Gulch in the Judith Mountains in 1927. The tunnel he drove can still be plainly seen.

In intermittently ailing health, he waged a losing fight against the infirmities of age and died in the Deaconess Hospital in Great Falls on July 17, 1938. He was buried beside his wife, Margaret in the Lewistown City Cemetery.

“Fergus, A Miniature of the West”. By C. B. Worthen