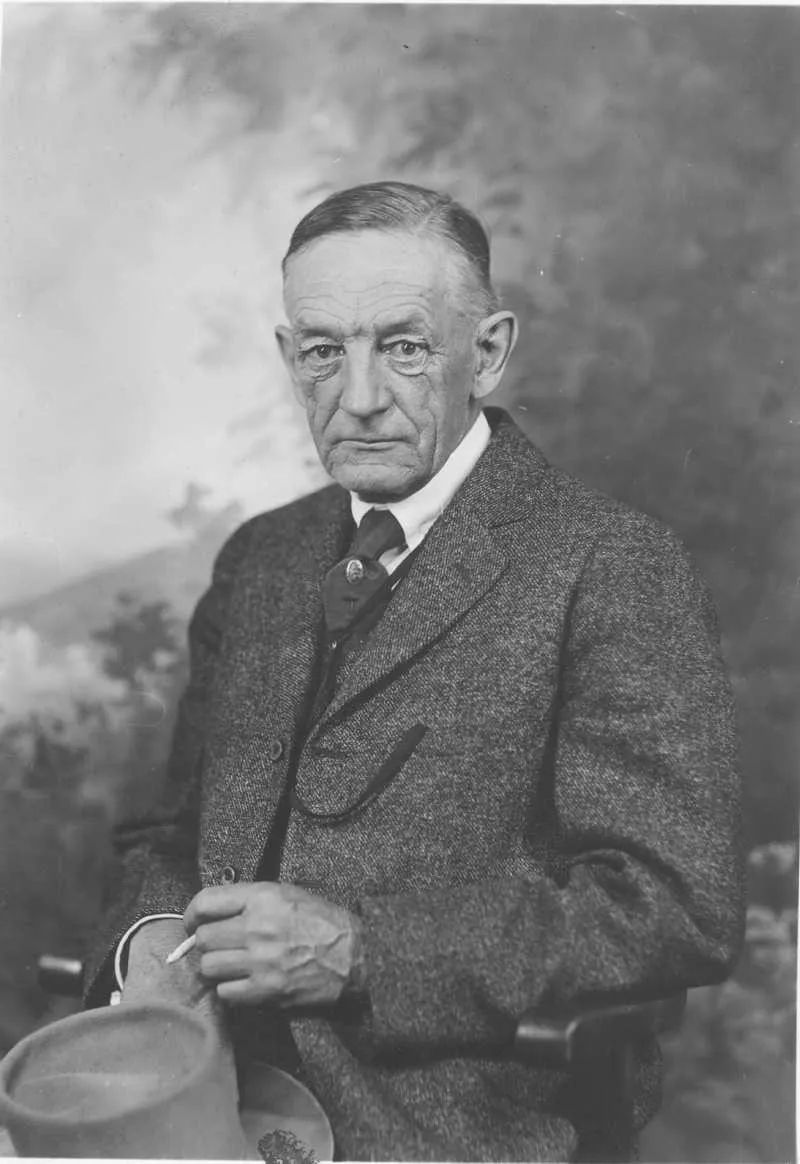 James Willard Schultz, was born on August 26, 1859, in Booneville, New York to well-to-do parents. His father had ensured he was mentored by skillful hunters in the Adirondacks where he became an experienced shooter at a young age. Sadly, his father died and at 15 his mother sent him to Peekskill Military Academy. James did not appreciate the constraining atmosphere of discipline and accepted an invitation to join his uncle at a hotel he managed in St. Louis.

In 1876, 17-year-old James was swept into the knowledge of the ever-changing tide of the Western frontier – a wild and woolly territory that he would later capture forever in numerous books and stories. Lured by the dream to hunt buffalo, James packed his bags at the age of 18 and followed his wanderlust west to the high plains landing him in Fort Benton, Montana Territory. Here he met Joseph Kipp the grandson of Mahtotopa of the Mandan who introduced him to the Pikuni who were gathering for a summer bison hunt.

In 1877, James traveled to Fort Conrad where he spent time at the trading post located on the south bank of the Marias River. James soon found himself living outside the fort and spending time with the Blackfeet people while guiding and outfitting hunters in the surrounding Two Medicine area.

In 1879 he married a Pikuni woman, Muti-Awotan-Ahki. James who participated in buffalo hunts and raids against the Assiniboine and Cree was welcomed into the Pikuni tribe and named Ap-I-kun-I, meaning ‘Far-off White Robe’. Their son, Hart Merriam Schultz (Lone Wolf) was born in 1882. The land cessions and the decline in bison numbers forced James and his family to relocate to a tract of reservation land Mutsi-Awotan-Ahki was allotted in treaty negotiations with the U.S. government. It was here they raised cattle on prime grazing land.

At age 21, James began writing articles and stories. In early 1885, James sent an article on St. Mary Lake to Forest and Stream, one of his first literary efforts. He went on to be published in the popular magazine for 15 years. Naturalist George Bird Grinnell who was the editor of the magazine at the time read the article and contacted Schultz to outfit and guide him that fall through what is now known as Glacier National Park. George downed a Bighorn ram on a mountain near Upper Saint Mary Lake with a single shot. James promptly named the mountain Singleshot Mountain to honor George’s feat. Thus began decades of James assisting in naming features in the Glacier regions for friends as well as to lend expertise to honor traditional Indian names. Flattop, Yellowfish - later changed to Whitefish, Going to the Sun and others. One mountain in the park’s northern reaches is named Apikuni Mountain, after Schultz’s Piegan name. George hired James to guide a mapping expedition in what he hoped would become the nation’s next national park. In 1891, they made their last trip through Blackfoot country, known to the Pikuni and the Kootenai as the Backbone-of-the-World. Lobbying efforts eventually lead to the creation of Glacier National Park in 1910.

In 1906 he visited Arizona at which time he assisted J. Walter Fewkes in the excavation and restoration of the Pueblo Ruins at Casa Grande. He built a cabin in the remote White Mountains near Greer, Arizona in 1913, and would use the cabin as a seasonal retreat for decades.

In 1907 he wrote his first book My Life as an Indian, a memoir that tells the story of his first year living with the Pikuni tribe of the Blackfeet Indians east of Glacier. James was currently living in Los Angeles, California and working for the Los Angeles Times as a literary editor. It is believed he married Celia Hawkins of Highland Park, Illinois who came to California after answering an advertisement for a wife - placed in the newspaper by James. Sometime thereafter they together resumed his life with the Pikuni. The Blackfoot gave Celia the name ‘No-Coward Woman’ after she had an encounter with a grizzly bear.

In 1911, James associated himself with Houghton Mifflin who subsequently published his books for the next 30 years. It is important to understand the role he played in translating, preserving and legitimizing indigenous epistemology. In 1918, he authored Bird Woman, a story of Sacajawea. His son provided the illustrations for the novel while James dedicated the book to him – “Born near the close of the buffalo days he was, and ever since with his baby hands he began to model statuettes of horses, buffalo and deer with clay from the river banks, his one object has been the world of art.”

The dedication to Celia in his book With the Indians in the Rockies published in 1912 read “… whose good comradeship and sympathy have been my greatest help in writing this tale.” In 1928 Celia left James. Their divorce was final in 1930. This period marks the timeframe of his most extensive literary output as he wrote the majority of his books during then. In 1932 a settlement to the divorce was reached in which Celia received half of the royalties from James’s works published before 1930.

He married again to Jessie Donaldson, a teacher in Grayling, Montana. She was a lifelong advocate for the Northern Plains Indian culture particularly for the welfare of the women.

James wrote and published 37 fiction and non-fiction books, including the popular book, Blackfeet Tales of Glacier National Park. His works received critical acclaim from the media as well as academia for his story telling and contribution to ethnology. Jessie oversaw that his works were published posthumously as well, in particular Bear Chief’s War Shirt. Many of James’s books remain in print today.

He experienced ill health most of his last 30 years from heart infections. James died on June 11, 1947, at the age of 88 of a fatal heart attack on the Wind River Reservation in Wyoming where his Pikuni friends had been relocated. James Willard Schultz was an American author, explorer, wilderness guide, fur trader, cattleman and historian. James was laid to rest on the Blackfeet Reservation near Browning, Montana in the old burial ground next to his first wife Muti-Awotan-Ahki. His gravestone serves as a monument to a historical legacy that transcends boundaries.

100 Most Influential Montanans, Betsy Cohen for the Missoulian. James Willard Schultz and the Politics of Place Names in Glacier National Park, Samuel Book