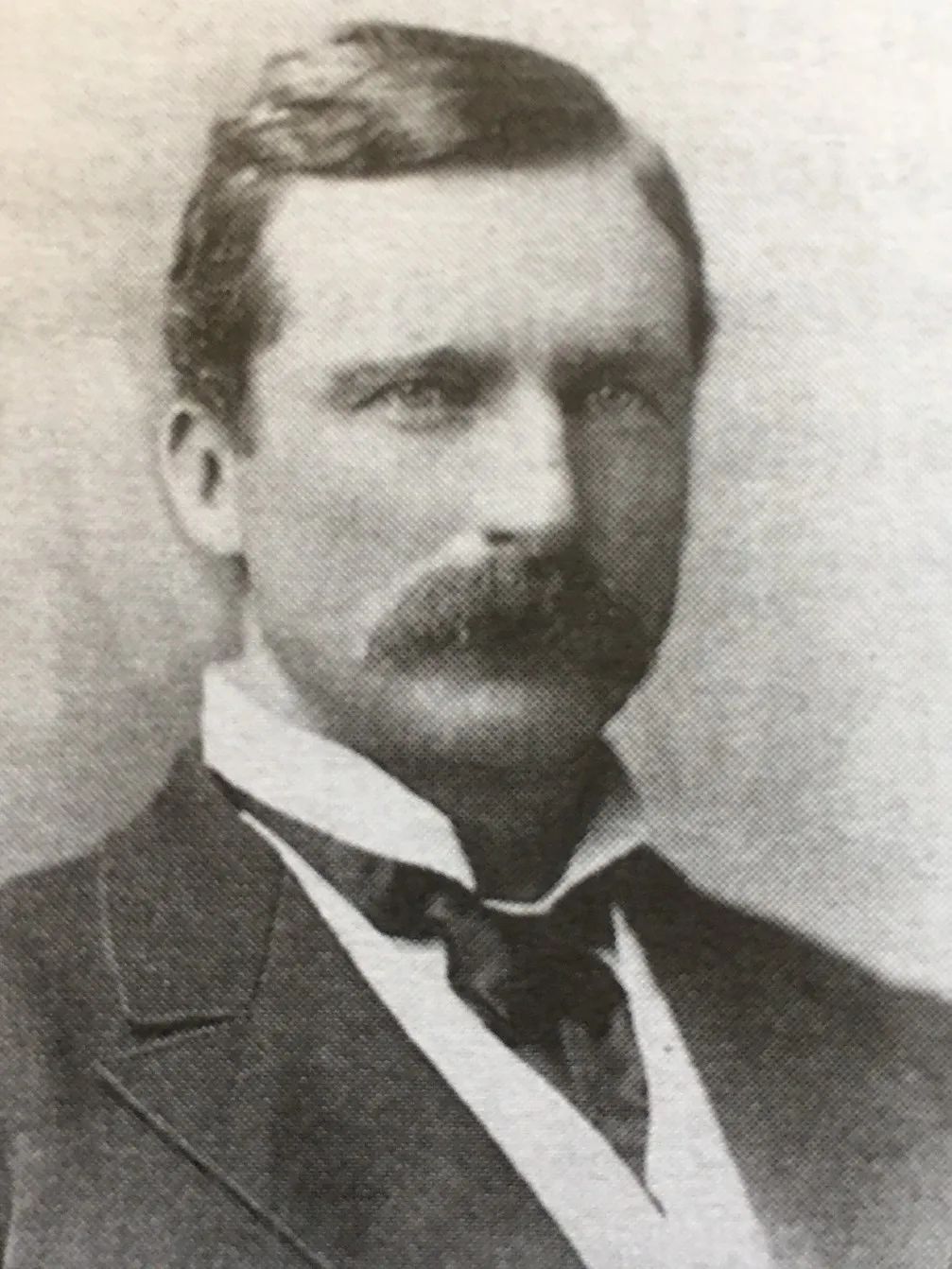 William Wiseham Terrett, the son of Alexander Hunter and Elizabeth Carrington Payne Terrett, was born July 23, 1847, in Washington, DC. The death of his father, a Confederate officer, soon after the outbreak of the Civil War, left him - at the age of 14 - as the sole supporter of his mother and four younger brothers. In 1869 he married Priscilla Gantt Richards, who was born August 19, 1846, in Fairfax County, Virginia, the daughter of John Rose & Mary Gantt Richards. Her father was killed in the Mexican War.

In 1881, Mr. Terrett located the JO Ranch on Beaver Creek in Montana's Tongue River Valley (in the extreme northwest corner of present day Powder River County). The property was occupied at the time by a squatter known as "Dutch John," but the location appeared favorable and it took a payment of only $300 to persuade John to give up his rights. The property was purchased for the Chariton Montana Cattle Company, a firm made up principally of retired Missouri farmers. Included among the stockholders were Terrett, his younger brother A.H. Terrett, and Mrs. Terrett's brother George Richards. A.H. Terrett had learned the range cattle business in Texas and became the first range manager of the outfit. W.W. Terrett took care of buying the cattle, not a new game to him as he was a successful livestock feeder in Missouri and continued to own and operate his farm there until 1902.

When A.H. Terrett gave up his position as manager in 1890, to start his own ranch, W.W. Terrett became manager, serving that position until the company closed out in 1895.

The JO's first cattle were Texas longhorns, trailed to Dodge City and shipped by rail from there to Miles City in the spring of 1882. By 1886, the JO was running about 5,000 head of cattle. The hard winter of 1886-87, reduced the company's calf crop from 1,000 to 300 head. More cattle were bought immediately, and when the business was closed out, the stockholders made a gain of 5 percent, making the JO one of the few ranches to stand the winter of 1886- 1887, and Panic of 1893 and still pay out.

In the spring of 1896, Terrett, who had filed on the ranch site for the company when the survey came through in 1890, purchased the ranch holdings from the other stockholders and went back into business for himself, developing it into one of the outstanding ranches in southeast Montana. At this time he purchased the A Bar A brand and cattle. In 1897, he bought the remnant of the JO cattle and horses.

He was a fine judge of livestock and improved the quality of the cattle in the area by shipping in higher type bulls than those used by other ranchers in the vicinity. He became a breeder of registered Herefords and, at his retirement, was the owner of one of the finest registered Hereford herds in the state.

Mr. Terrett was a man of high ideals who held the respect of all who knew him. Mrs. Terrett was a lady of the old school, a devout Christian, a devoted wife and a loving mother, not only to her own but to many others as well. Idleness was something she could not tolerate. Her object in life was doing for others.

The ranch has remained in continuous operation by five generations of Terretts over the 127 years that the ranch has been established.