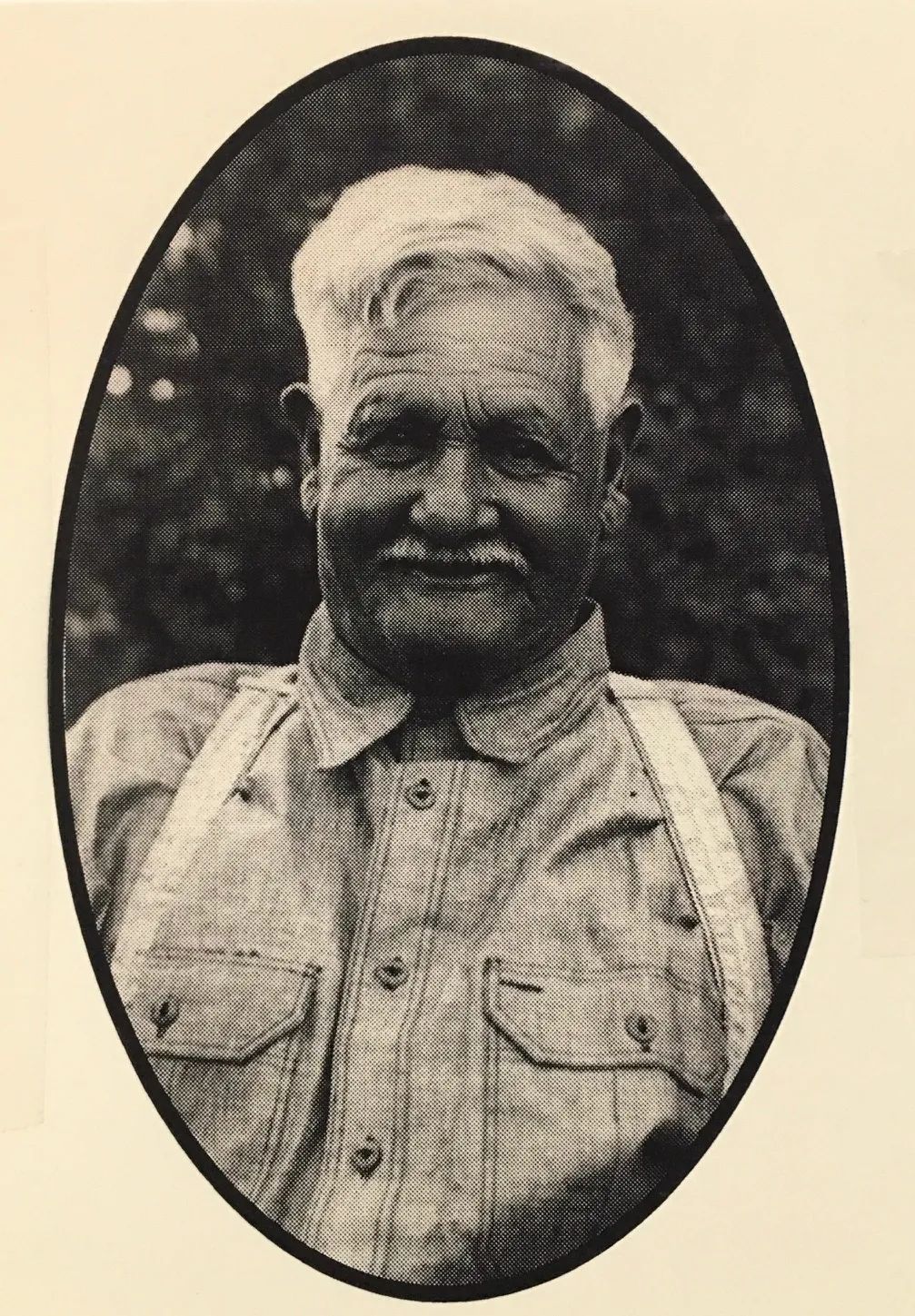 T.W. "Wiley" King came to Eastern Montana's Pease Bottom, between the modern towns of Custer and Hysham, in January of 1878. Through the years he proved to be one of the most colorful and beloved residents of the area. He lived to fight Indians, drive stagecoach, and help settle a new territory. Wiley was a friend of all, and with his vast knowledge of the early days, he was eagerly sought for his stories.

Wiley was born February 15, 1858, at Natches, Missouri. He traveled overland in a wagon drawn by cattle in 1859, with his parents to Pikes Peak, Colorado, in the days of mining excitement. The family later moved to Alder Gulch, Montana, and then to the Gallatin Valley in 1867. In Bozeman, Wiley met the Guy family who later moved to the Pease Bottom. A young man, Wiley decided to move there, too. He and some friends left Bozeman with a team and wagon. They were trailing a cow, which was to become the first cow in the Pease Bottom. They crossed the Yellowstone River to reach the Pease Bottom on the winter ice at Junction City.

During his early years in the Pease Bottom, Wiley drove freighting outfits as a bullwhacker, and later, the stage. Stage driving in the early days was full of both adventure and danger and an expert driver was in great demand. Wiley's route was from Junction City to the Cold Spring Ranch north of Forsyth, Montana in the Big Porcupine Bottom. He drove four horses ahead of a six-passenger coach. The horses were changed about every twelve miles. Besides passengers, the stage carried the mail and sometimes provisions for settlers and hunters who lived along the route.

Wiley considered stage driving a step up on the ladder of success, as he could now ride in style and not have to walk with the oxen!

Wiley also did various other jobs, such as dragging logs with cattle teams for pilings for bridges and for use by the Northern Pacific Railroad, which was being built at that time. He later sold his freight wagons, bought horses and a sulky plow, and broke up the prairie for landowners. He cut prairie hay for cattle feeding, rode for some of the large cattle outfits, cut fence posts for settlers, and in 1888, he bought a tread power threshing machine which was the first in that part of the country.

An experienced cowboy in the days of the open range, Wiley began raising horses after the hard winter of 1887. He branded his herd with the "W" on the jaw and loved to ride his favorite horse, a black he called Glenn. Glenn lived to be 30 years old. Wiley was a big man and the other cowboys all teased him about his saddle, which sported a 20" tree. He bought the saddle May 4, 1914, for $25. The other cowboys said the saddle was long enough to haul a big load of hay. Wiley replied, "It always hauls a big load, but it ain't hay."

For several years Wiley spent most of his time in his dugout on Alkali Creek north of the Pease Bottom. The cowboys called it the Boar's Nest. He continued raising horses until 1928, after the bottom dropped out of the horse market, and he sold the last of them as canners. They averaged $9 a head.

Wiley owned a small ranch in the Pease Bottom along the Yellowstone, and in his later years he drove chuckwagon and cooked on roundup for local cow outfits. He died July 2, 1948. He was remembered as a cowboy and a gentleman.