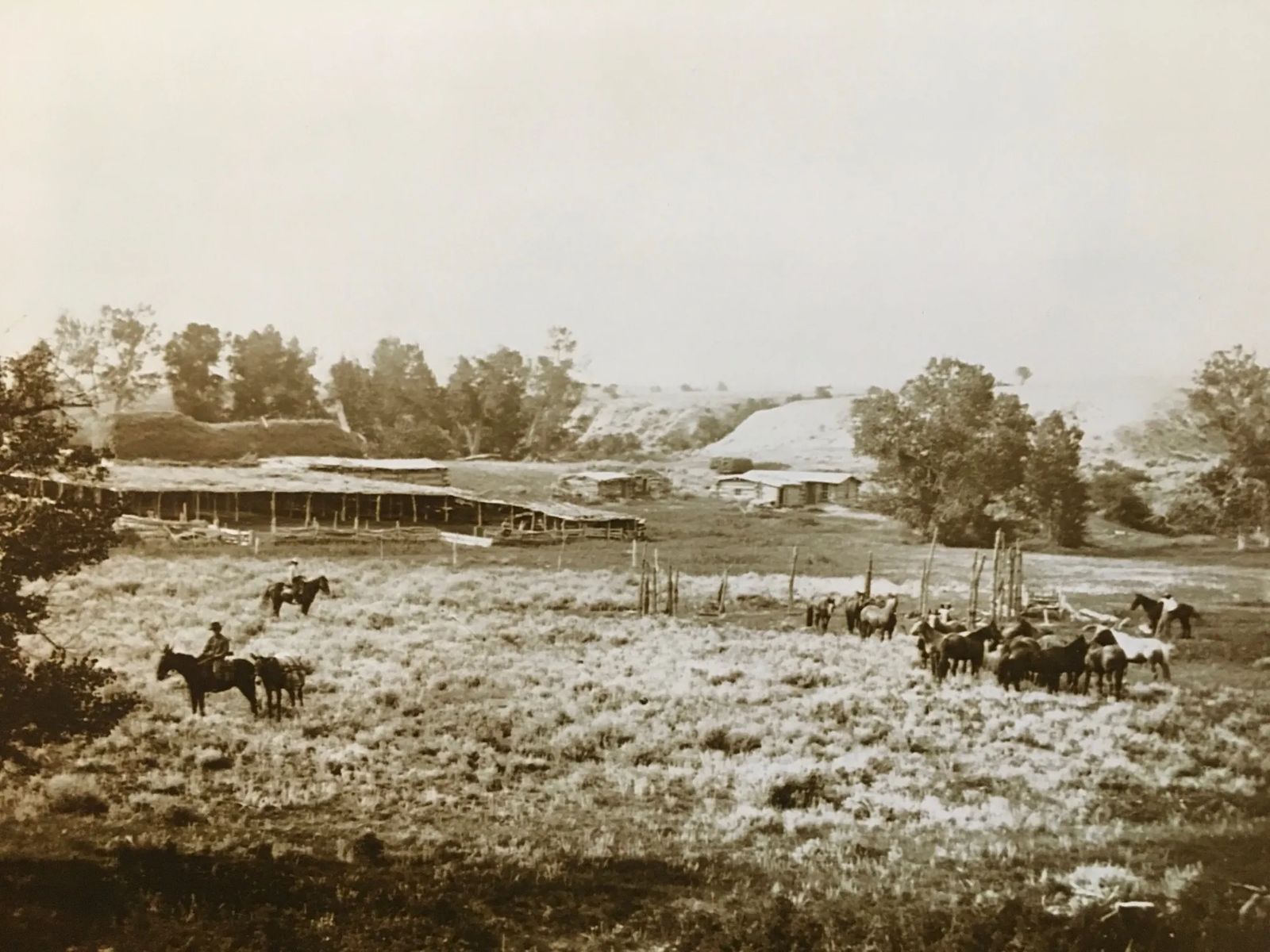 Sven Svenson Undem ("Sam") was born in the County of Time, Jaeren, Norway, on February 28, 1873, the eldest son of Sven Andreason Undheim and Berta Karina Kverneland Undheim. He attended local schools in Norway and learned from his father shoemaking and harness making. At the age of 19, Sam, like many of his countrymen, left Norway and came to the United States.

After two years of hard work and low pay in Minnesota, he accepted an opportunity to return to Norway for the cost of $30. But Norway could not hold him. At the end of three months, he returned to America to join his brother Nels, who worked at the Krug Ranch near Glendive, Montana.

Two years later he became an employee of Joe Eisenbart, for whom he herded sheep for two years. In 1898, he came to the Terry, Montana area to work as a ranch hand for George Burt. Wanting to strike out on their own, he and his brothers Nels and Karl took a band of sheep from Mr. Burt and trailed them to Cottonwood Creek, which was to become their headquarters. They ran sheep on the last of the open range. Karl soon returned to Norway.

The two remaining Undem brothers began their sheep business with 2,000 ewes. No division or accounting was made to Mr. Burt for three years. At division time, the band had increased to 8,000 sheep. Mr. Burt was returned his original 2,000 ewes, and the remaining increase was divided between the brothers and Mr. Burt. The sheep business was a good one in those early days and Nels and Sam increased their flocks to 7,000 head. Times weren't always good; they sold lambs one year for $2 a head and wool for 8¢ a pound.

Both Sam and his brother had homesteads, and they also acquired land by virtue of the Desert Land Act, which required construction of a reservoir and irrigation lands. Sam and Nels and a crew of hired hands used shovels, a Fresno, teams of horses, a 2x4 and a carpenter's level to build the 'desert claim' reservoir and irrigation canal. A government surveyor in the 1960s found the project to be laid out on precisely the right grade, and he found it hard to believe that no more sophisticated tools had been used.

The homesteaders came in large numbers to Cottonwood Creek in the second decade of the century. The land was unsuitable for farming, and with the eventual departure of most of the homesteaders in the early twenties, the Undem Brothers acquired sizeable holdings on Bad Route Creek, Cottonwood Creek, and Brackett Creek. This land served the ranching operation very well.

Through the years many hired men were needed for lambing, shearing, and general ranch operations. Many of the hired men were young Norwegians. The Undem Brothers often paid their passage from Norway. During one spring, 17 newcomers arrived to work at the ranch. Some returned to Norway, but many stayed in America.

Sam Undem married Mathilde Lian, who was also a native of Norway and an immigrant to the Glendive area, in Minneapolis on April 14, 1908. Mathilde came from near Drammen in eastern Norway. Her Norwegian speech was soft, musical and gentle - a great contrast to the dialect of Norwegian spoken by her husband and the hired men from western Norway. She was from a family of 15 children; perhaps being reared amongst so many instilled those qualities of quiet good humor that were her badge.

Sam and Mathilde had five children: Borghild Synnove, Nels Lian, Solveig Elise, Sigurd Bernard and Ruth Marie. Life at the ranch was no bed of roses, for there were always many hired men to feed and unending chores. Mathilde baked bread in a big coal range twice a week and 18-20 loaves at a time. Water was carried from a springhouse, kerosene lamps had to be cleaned and filled, and ashes carried out. The five children soon had their share of chores. The woodpile at the ranch was always a big one. Clothes were washed and ironed with flat irons and meat was cured and canning was done in huge quantities. Supplies usually were bought twice a year - spring and fall - and staples included 1,000 pounds of flour, 1,000 pounds of sugar, coffee and dried fruits, all kept in the storehouse.

The Undem children went to country school. The first school on Cottonwood Creek was held at Gabriel Froiland's homestead for a short summer term of three months. With the coming of more homesteaders, a school was built on Cottonwood Creek about three quarters of a mile from the ranch headquarters.

In 1934, Sam and Nels dissolved their partnership. Nels took as his share the Frazer Place on Brackett Creek and the farm Kverneland in Norway, which Nels and Sam had bought at the turn of the century as a home for their parents.

Sam Undem died in 1939, and Mathilde Undem died in 1952. Nels Undem passed away in 1954. They were all proud of their Norwegian connection and they were proud and grateful to be citizens and pioneers in a new land. They were highly respected members of the Terry-Glendive community.

Since the '40s the ranch has been a cattle outfit. When drought conditions do not exist the ranch will produce a "sea of grass," making it a choice outfit for livestock.

As of 2008, the ranch has been in the Undem family for 110 years. Sam's son Nels and his wife Julia Smalis Undem became managers upon Sam's death in 1939. Following them, Nels's oldest daughter Dianne and her husband Frank O'Neill took over management in 1968. Since 2001, the O'Neills' son Pat has been in the leadership role and is the fourth generation on the ranch.

At all times during the ranch’s long history, hospitality has been enjoyed by cowboys, grub line riders, friends and neighbors alike. There was always a place for their horses, a bed in the bunkhouse, and coffee or a meal soon ready.