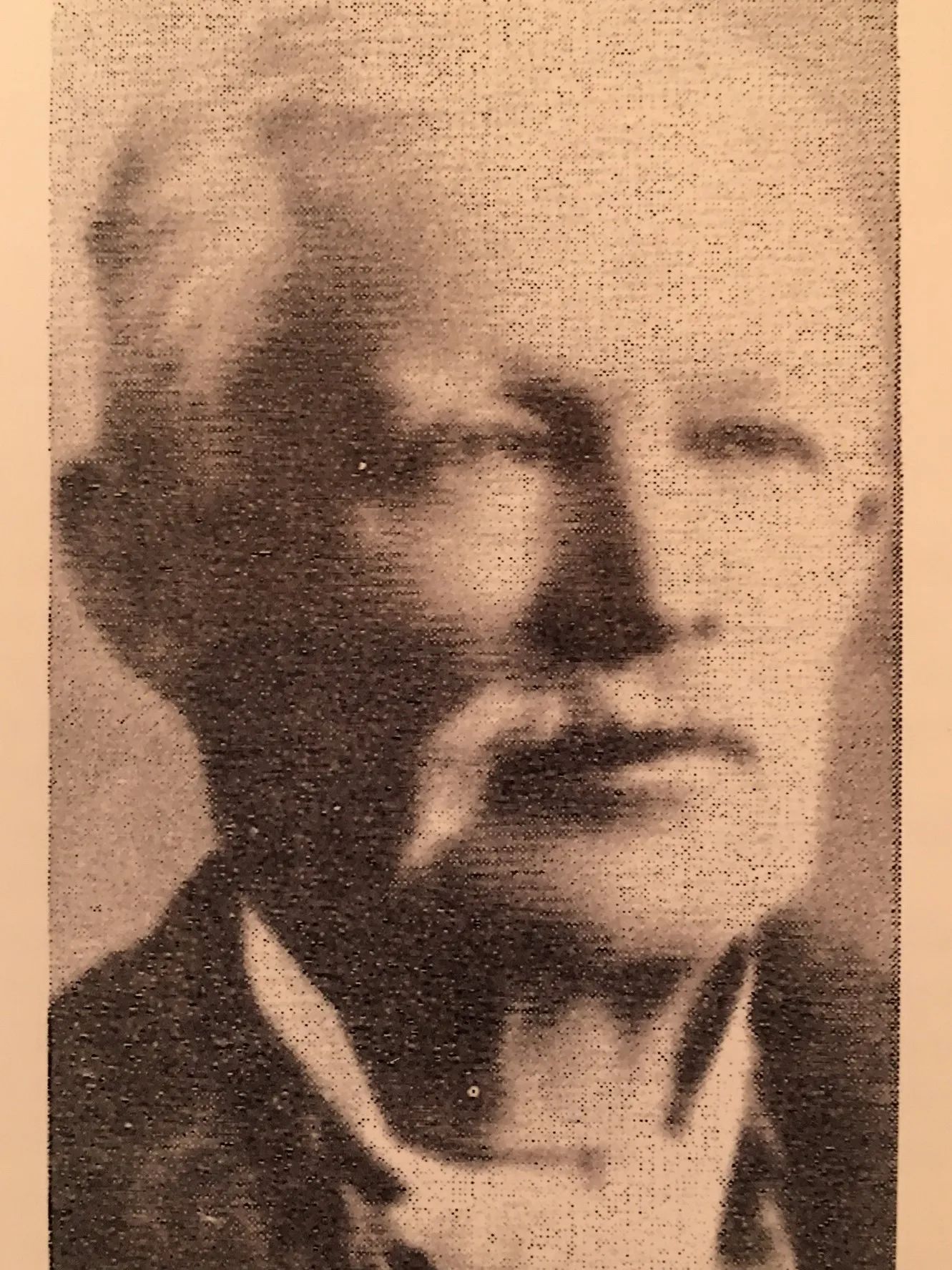 Myron D. Jeffers was an early-day cattleman in the Madison Valley of Montana. He was born in Hadley, New York, in 1833, and grew up on his father's farm. Jeffers became a civil engineer. At age 21 he moved to Iowa, then to Colorado and then to Nebraska, working with a survey crew. Later, Jeffers returned to Colorado where he did some mining.

In 1864, he came to Alder Gulch, Montana and freighted for five years with temporary headquarters in Deer Lodge, Virginia City, and in the Madison Valley. Jeffers went to Texas in the spring of 1869, purchased a herd of cattle, trailed them to Montana Territory and sold them as beef to the hungry miners of Bannock. He was the first man to bring a herd over that route in a single season. The next year he did likewise.

In 1871, he went to Texas again for cattle and this time kept the herd for himself. According to the book, Pioneer Trails and Trials, Jeffers recorded in his dairy that 1,894 head of cattle and 37 head of horses were road branded. His crew numbered 14 riders, a cook, and a cook's helper. The trip took a little over seven months and the results established him as a stockman.

Jeffers’ diary shows that for the 1871 trip he and his crew left Burnet, Texas on April 9; crossed the Red River into Oklahoma on May 16; crossed the Arkansas River near Ellsworth, Kansas on June 20; laid over at Fort Laramie, Wyoming on August 1; camped at Green River, Wyoming on August 25; stayed at Soda Springs, Idaho on September 11; and arrived at Bannock on October 3.

In 1872, Jeffers and his brother Burt formed a partnership and located on Jordan Creek on the east side of the Madison Valley, north of Jack Creek and near what is now Ennis Lake. Four years later, Jeffers located his personal home at the place he called the "Yellow Barn Ranch" on Jack Creek, not far east of the Madison River. Here he put up wild hay to feed his stock, which came to include sheep purchased in Oregon. He and Burt dissolved their partnership in 1880.

According to Early Days in the Madison Valley by James S. Spray, in 1881, Jeffers and Burt, with E.A. Maynard and other Madison Valley pioneering stockmen, organized a cattle pool, leased land on the Yellowstone, and trailed cattle there. The winter of 1886-’87, was extremely severe on the open range in eastern Montana and many head of cattle died. Ironically, the Madison Valley experienced a normal winter. The cattle pool dissolved in the early 1890s and what was left of the Yellowstone herd was sold.