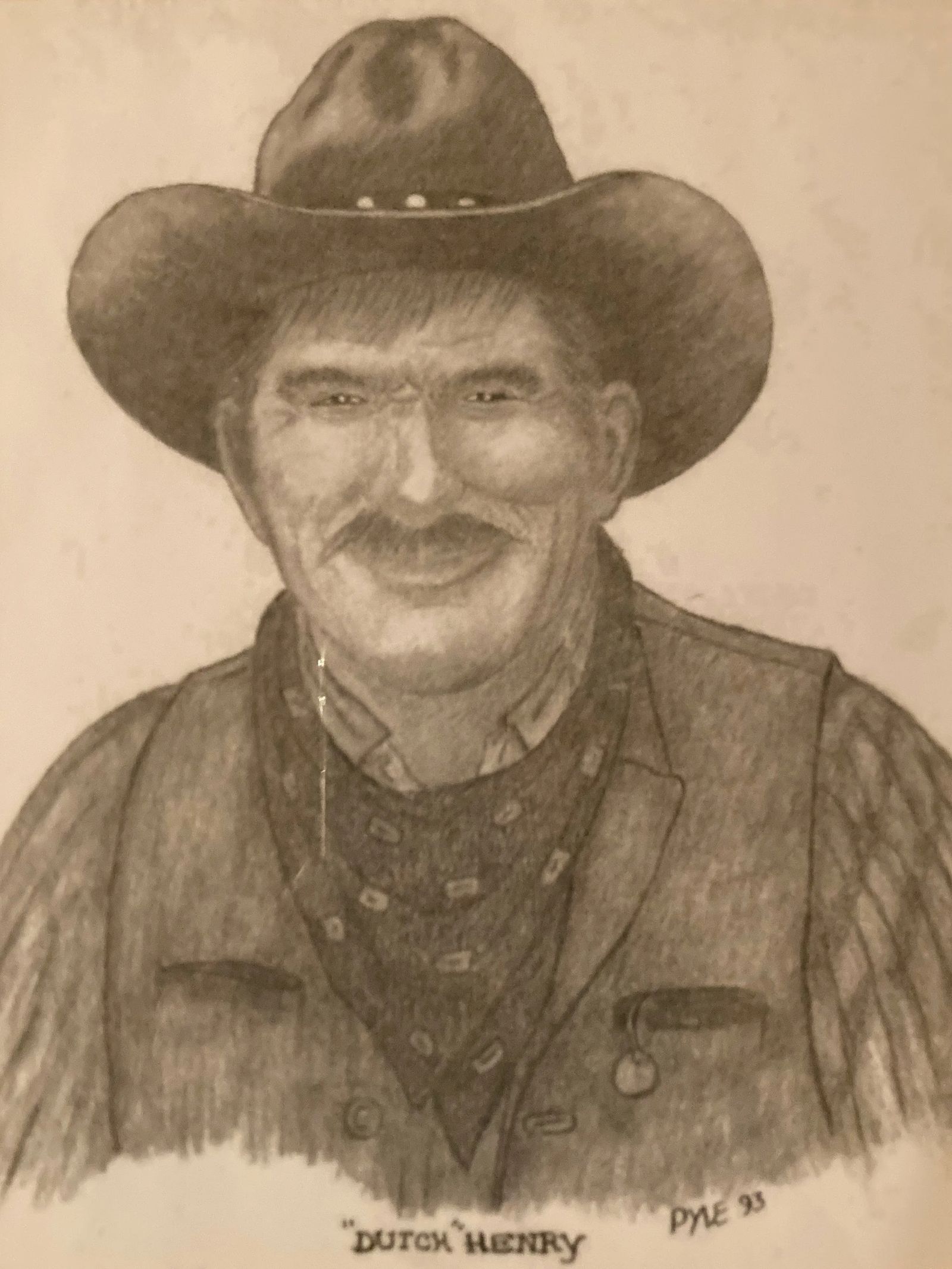 Dutch Henry Ieuch (pronounced Yaw and possibly spelled Yeuch, Jauch, or Jeuch) was born in the cantons of Switzerland or in Holland in 1873, and came to the United States in 1886. Old-timers reported that Ieuch came into Montana with a cattle drive from Texas. Montana's Dutch Henry should not be confused with the Dutch Henry of Colorado or of Utah, both of whom carried the same name and were also outlaws.

Dutch Henry had two brothers: Chris, a respectable cattle rancher, and Coyote Pete, who was a member of the Wild Bunch. There are no known photographs of Dutch Henry, but the Northwest Mounted Police's written records of 1898, described the 26-year-old as: "Five foot six, 150 pounds, blue eyes, small mustache, gold filled teeth, well dressed and speaking with a German accent." Other accounts recalled that he had light brown hair, a dark brown beard, and always used first-class horses and equipment.

Ieuch was known to have a good sense of humor, to be a big-time horse thief, and to operate out of Valley County, Montana. The movement of his stolen stock was between Montana, Canada, the Dakotas, Wyoming, and Minnesota. Among the thirty or so major outlaws of Valley County, Montana (established as a county in 1893), Dutch Henry Ieuch is remembered as the principal among them. In fact, a saloon in Peerless, Montana, is named after him.

When Dutch Henry was in Montana in 1888 or earlier, he worked as a teenager for the Dave Kennedy Ranch located on Saco flats. He was fired from this job because he was "too loose" with a branding iron. During this period, Montana ranchers could register as many brands as they liked for only $2 per brand, and they could put the brand anywhere on the animal. Many brands were unregistered; thus "livestock outlaws" could easily sell their stock at the railheads.

Dutch Henry trained horses for various Canadian ranches in the Big Muddy country and worked on the ranch of Pascal Bonneau & Sons, owner of the largest ranch in the area. Dutch Henry's next legitimate job was working for the N Bar N Ranch on Rock Creek a few miles north of Saco. The N Bar N, the largest ranch in Eastern Montana, ran more than 100,000 head of cattle in 1891.

In about 1895, Ieuch moved east to Culbertson, a livelier region with major cattle and horse outfits - and many outlaws. During the next decade, Dutch Henry and the outlaws of the Big Muddy Creek terrorized settlers with their horse thievery, kidnapping, and robberies. He established the "Dutch Henry Ranch" on Shotgun Creek. The country was full of canyons, gulches, and coulees, suitable for concealing his activities. Dutch Henry himself lived in a carefully concealed dugout, and here he began his trade in earnest, stealing horses and changing their brands. There was a big market for these horses in the farmlands of Montana, the Canadian provinces, and in surrounding states. A $9 horse could bring as much as $200 in the right market. There was also a military demand for good horseflesh and beef, and Dutch Henry sold plenty of both.

In the beginning of his career, Ieuch rode for the Diamond G, a horse ranch owned by JW "Dad" Williams, and he reportedly stole hundreds of horses from him. In 1895, he was arrested by Deputy John Eder in Culbertson for stealing cattle from two local ranchers. While Eder waited at the saloon for the sheriff to pick up the prisoner, Dutch Henry escaped. He was recaptured three weeks later, Dad Williams furnished his bail, and charges were dropped due to lack of evidence.

Early in his outlaw career, Ieuch was known for his riding and roping talents, his sense of humor, his ability to tell stories, and he was generally thought of as an all-around good guy. While working as the wagon boss for the Diamond Cattle Company, Dutch Henry is credited for naming the county seat of Sheridan County, "Plentywood," because he played a practical joke on the camp cook. Dutch Henry suggested that the cook go a couple of miles up the creek to find "plenty wood" when the cowhands were hungry and buffalo chips would not burn due to cold and dampness. Though the cowboys were still hungry when the cook returned, the stream officially became known as Plentywood Creek.

Ranchers who lived near Ieuch and who were friendly with him spoke of his generosity, though he may have been stealing from them. He did favors in return for neighbors' help; however, if neighbors defied him in any way, his behavior was a different story. That neighbor would save himself and his family much trouble by moving elsewhere.

Long after other members of his outlaw gang had prices on their heads, Dutch Henry was able to roam about in the open and go to town to buy supplies for the others. What happened to Dutch Henry is not certain, as there are several conflicting accounts of how he met his death. It is unknown if the long arm of the law finally brought him down or if he was murdered in an accident.